By Boldblog (self meida writer) | 12 days 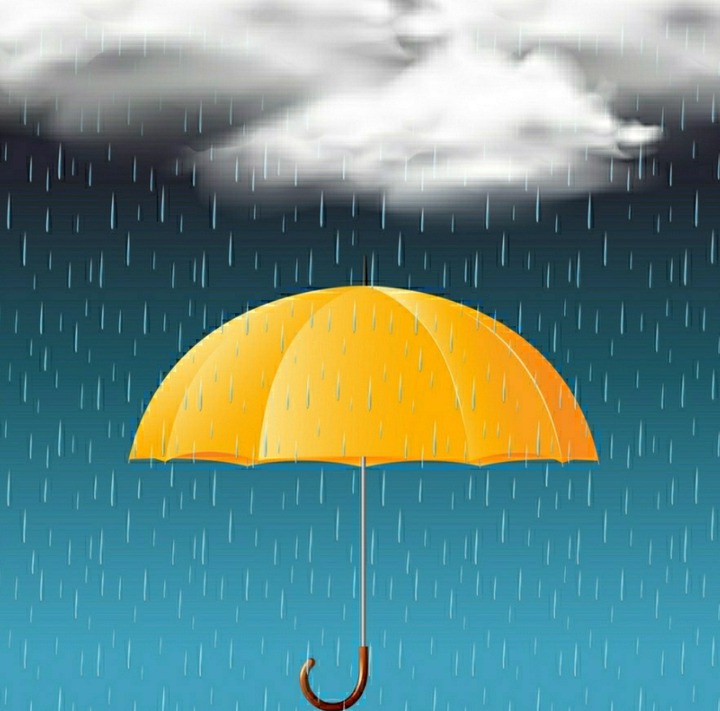 The Kenya Meteorological Department has been working very hard to provide accessible meteorological information to the general public. The information is vital because the locals are able to utilise the available natural resources by engaging in a variety of projects that leads to national development. The company has been in the front line to lead the country to a series of scientific inventions through the infusion of scientific knowledge to the public. This makes the general public to get the information on weather updates very early before the onset of the changing weather patterns hence this makes the people to prepare for the benefits and the adverse effects associated with climatic changes of weather patterns. The Kenya Meteorological Department has been able to do this by the development of an efficient telecommunications system for rapid collection and dissemination of meteorological facts in accordance with the World Meteorological Organization WMO. 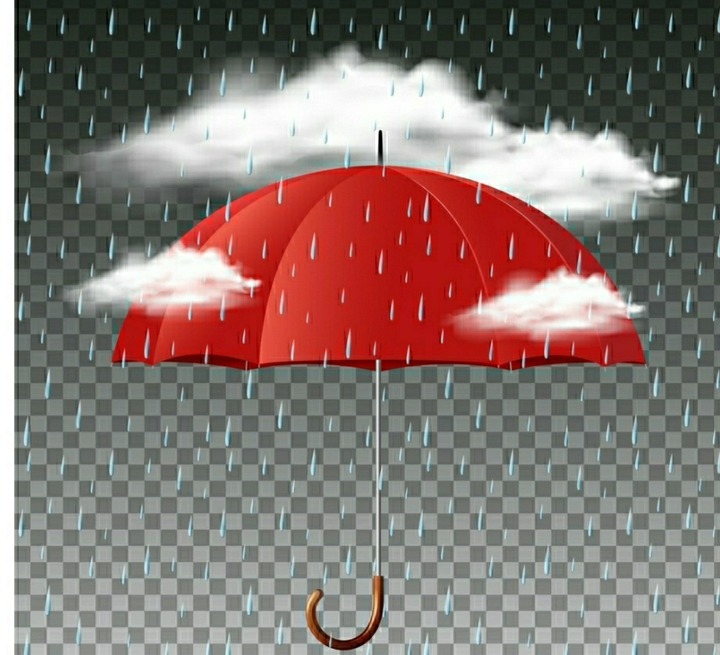 The Kenya Meteorological Department working closely with the Ministry of Environment and Forestry has released a circular containing the weather forecast for the next 7 days which is valid from 6th. to 12th April 2021. According to the forecast, rainfall is expected over most parts of the country at the beginning of the forecast period and finally reduce as the forecast period progresses. Thie comes after the month of April has been a source of joy to the people in the agricultural sector since there have been heavy rains experienced in several parts of the country. This month is likely to experience more rains than the month of March hence people are advised to be ready for this. The forecast has also highlighted that some areas in the Northwest and the Northeast are likely to experience strong south-easterly winds with speeds exceeding 25 knots (12.9 m/s). 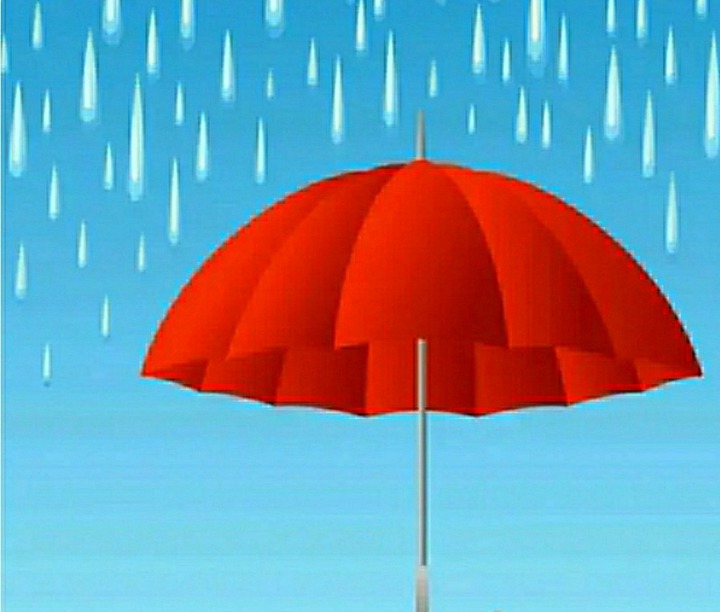 According to the regional forecast for the next 7 days, Kenyans should prepare adequately for the effects associated with heavy rains in most parts of the country. Rainfall is expected in the Lake Victoria Basin, the highlands East of the Rift Valley, the highlands West of the Rift valley, Central and South Rift Valley, the Northeast, the Northwest , the South Eastern Lowlands and the Coastal Strip. 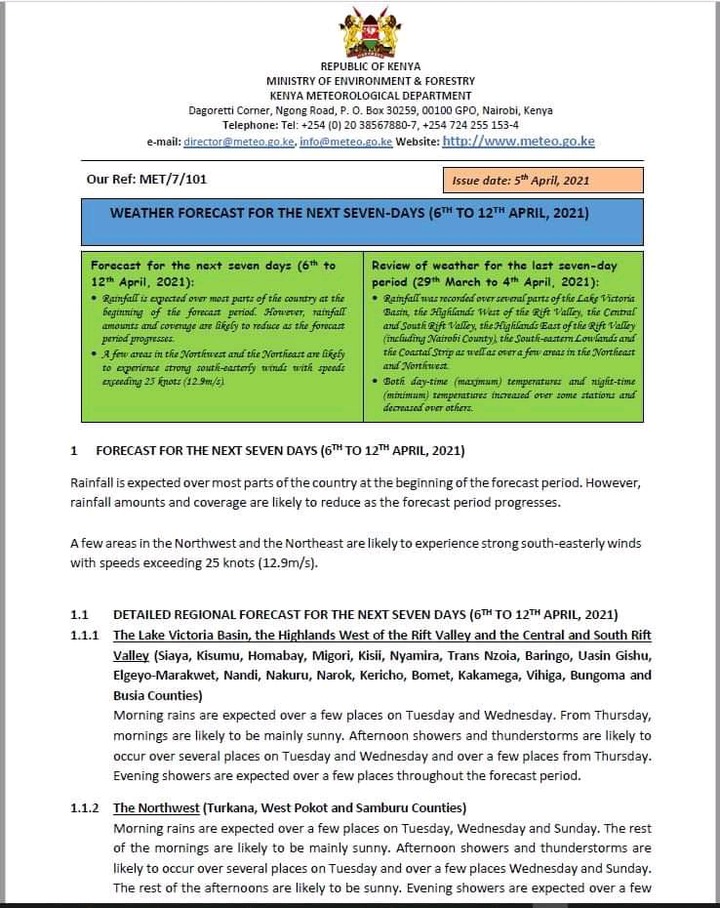 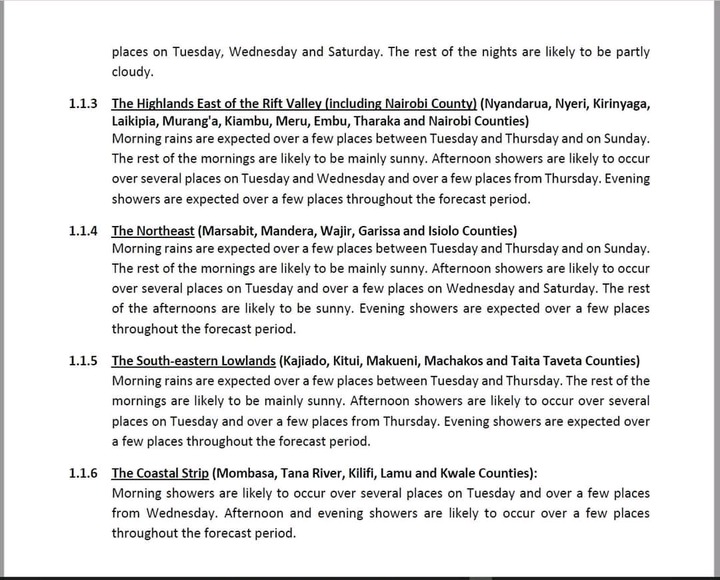 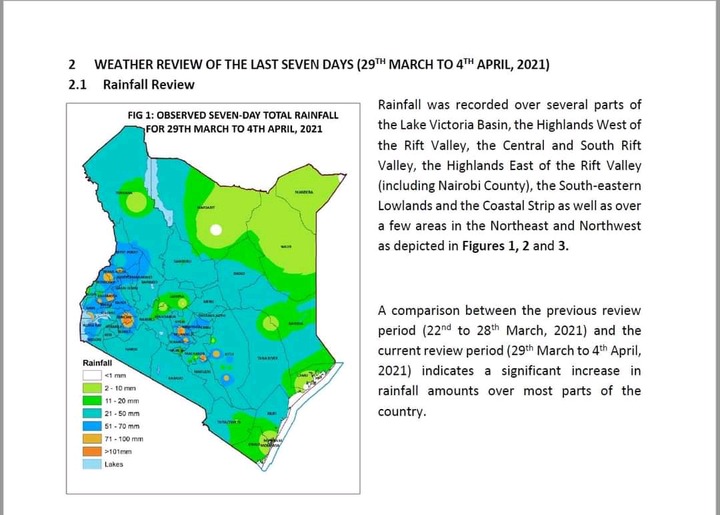 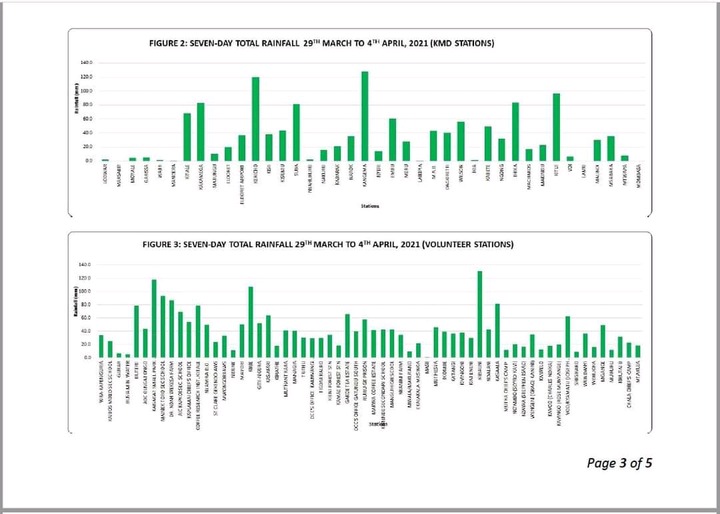 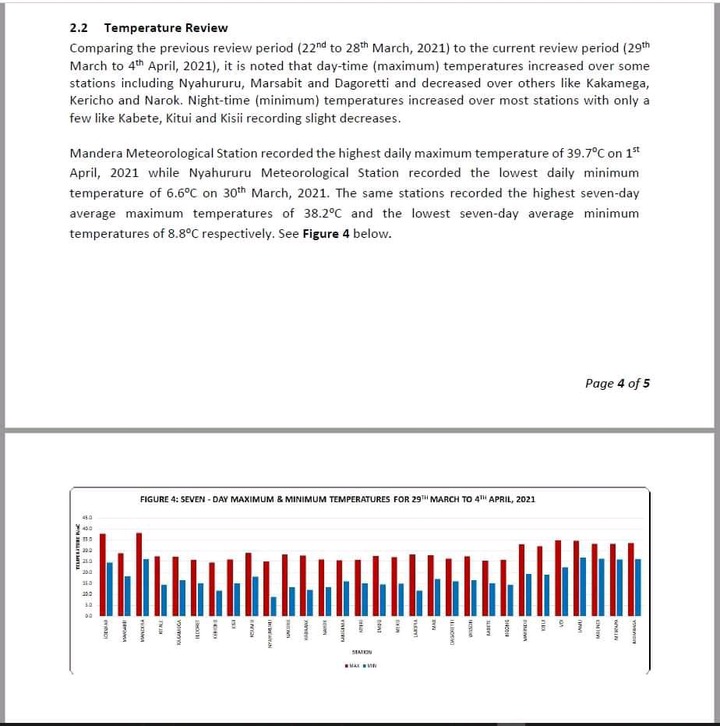 The following counties should prepare for heavy rainfall in the next 7 days. 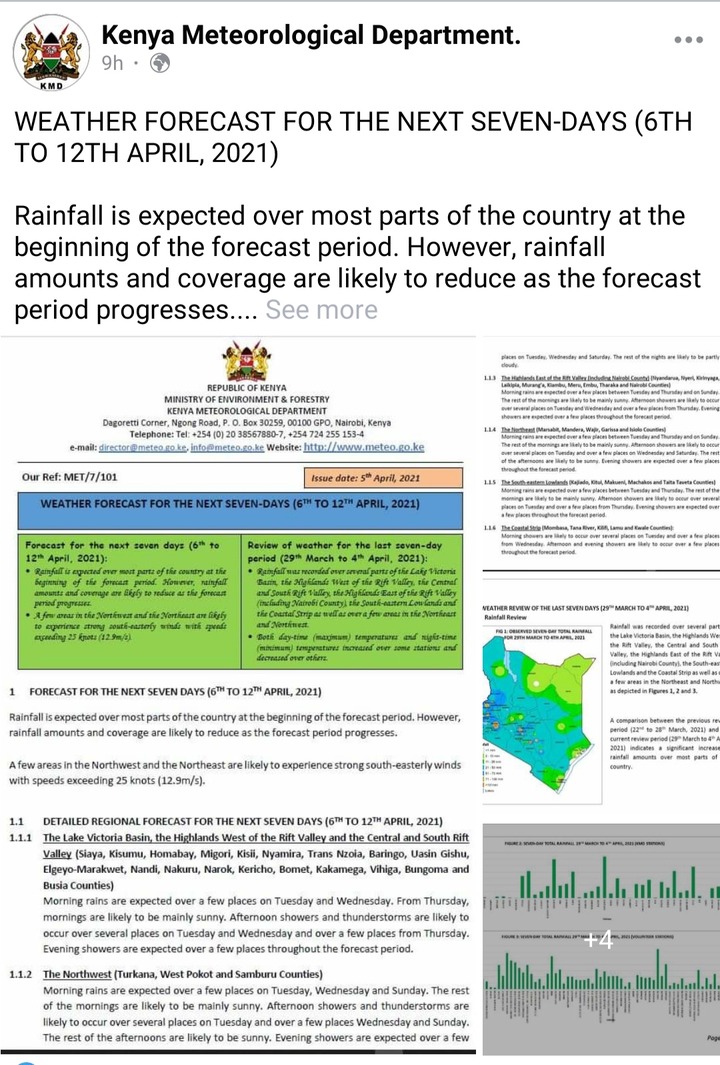 KPLC Alerts Residents In These Regions Of Another Power Interruption As From Monday 19, 2021

The Minimum Cost For Starting a Profitable Hardware Store Business

Forget Greenwood and Fernandez, This Was United's Most Important Player After His Heroics Vs Burnley