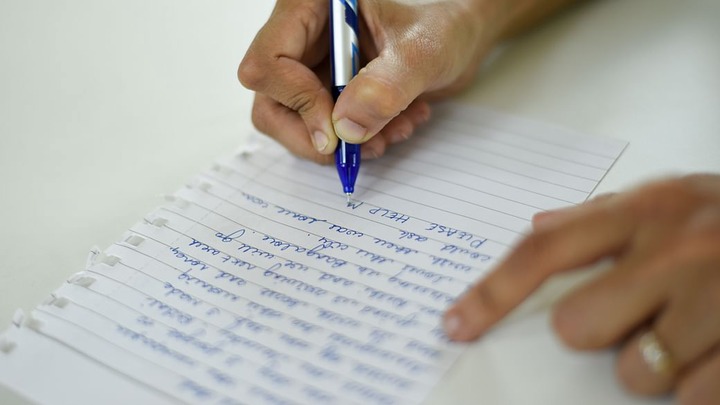 On Monday, January 17, the country woke up to the news of a Kenya Defence Forces's spouse who took away her life after poisoning her two young daughter, in what has been termed as marital woes.

According to law enforcers, the five-page suicide note left behind by the deceased Ms. Mary Mulombe from Murang'a County had explained in depth the reason as to why she did the unthinkable.

Ms. Mulombe listed 14 reasons key among them her husband's alleged infidelity. The wife listed names of five women whom she accused her husband of having affairs with during their marriage union that lasted for six years.

Terming it as betrayal, the deceased however, assured her husband of her unending love even after her death. She also revealed that she couldn't bear sharing her husband with other women.

Further, she indicated having left behind Ksh80,000 in her mobile money and another Ksh100,000 in her bank account, and even provided her PIN to both accounts, granting her husband access to share it with his other mistresses.

"She indicated in her suicide note that she could not share her husband with five other women and that is why she decided to commit suicide...,

...She disclosed that she had Ksh80,000 in her M-Pesa and another Ksh100,000 in her bank account whose ATM she had put together with the note. She went ahead to provide the PIN number to the M-Pesa and the ATM," Ithanga Police boss told the press.

At the time of the incident, the said husband was in Lamu County where they are currently helping to flush out terrorists within the area.

Mulombe's sister-in-law Ms. Domitilah Waeni stated that her sister had not shown any signs of depression before. She even recalled how her deceased woman had ordered a heart cake together with a bunch of flowers.

When her shamba boy asked her whose birthday it was due to the cake, she stated that it was nobody's birthday, only that her children insisted that they wanted a cake.

The cake possibly marked the final moments of Ms. Mulombe to be seen alive. When her mother-in-law went to check them next, she found the two minors lying on the floor.

The old born had not yet passed away, but had foam forming on her mouth and noses. She called her grandmother three times before succumbing on the old woman's hands.

On the roof was also Ms. Mulombe, while the other girl lay on the floor dead.

RIP: Photo Of A Man Who Was Brutally Shot Dead By An Assassin In Mirema Springs