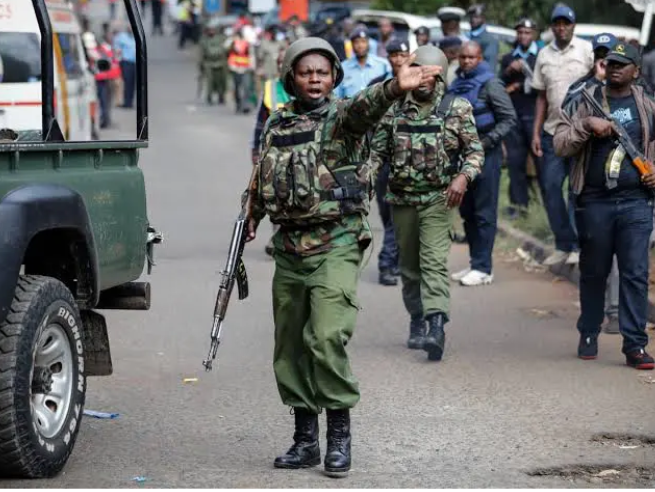 Photo used in a previous incident

Hours after after a Kisumu based man grabbed a loaded gun from a police officer and opened fire on him and other passerbys, more details have emerged in relation to the incident.

Going by the police report as indicated by the OB Number 6/5/3/2021,the incident happened at around 0837 hours near Kisumu Boys High school. The suspect who was also killed by the mob was ready for his mission.

His head was covered by a Marvin with the only part of his face that was visible being his face. He also wore some gloves on both hands. After he managed to disarm the officer he opened fire shooting him twice but the officer survived and is currently in hospital.

The man went ahead to shoot six people killing two on the spot. The others are receiving treatment with some in critical condition but stable.

Even more worrying was the fact that he was found in possession of two national identities which are believed to belong to unknown persons. He was also found with an identity card believed to be his bearing the names Glen Ochieng Ojwang born in the year 2000.

The motive for his murderous spree is yet to be revealed as well as what he was intending to do with the identities of the two other persons. 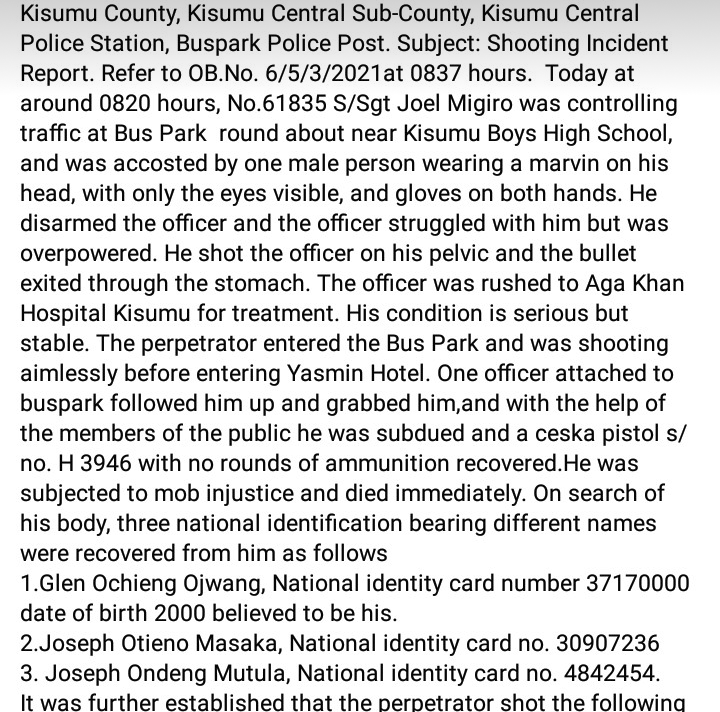 Part of the OB