Police officers in Mombasa are currently investigating an incident where a man was involved in a Road Accident While chasing a cheating wife. 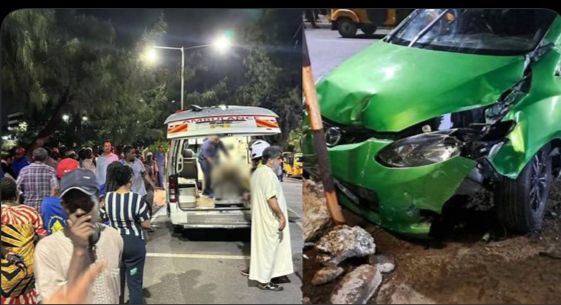 In a news report that has been shared by a reliable source of information, it has been revealed that the man who has been identified as Ali was heading to an unknown location before he met with his wife.

According to the reports given by the man, he claimed that he saw his wife kiss another man in another car and for this reason, decided to chase them.

While reacting to this incident, Kenyans who took to their different social media accounts to express their opinions on the matter have called upon the couple to find a solution to their problems.

According to the reports given by most Kenyans, they claimed that it is so unfortunate that the man almost died while chasing his wife despite the fact that he could have decided to solve the problem in a more civilized manner. 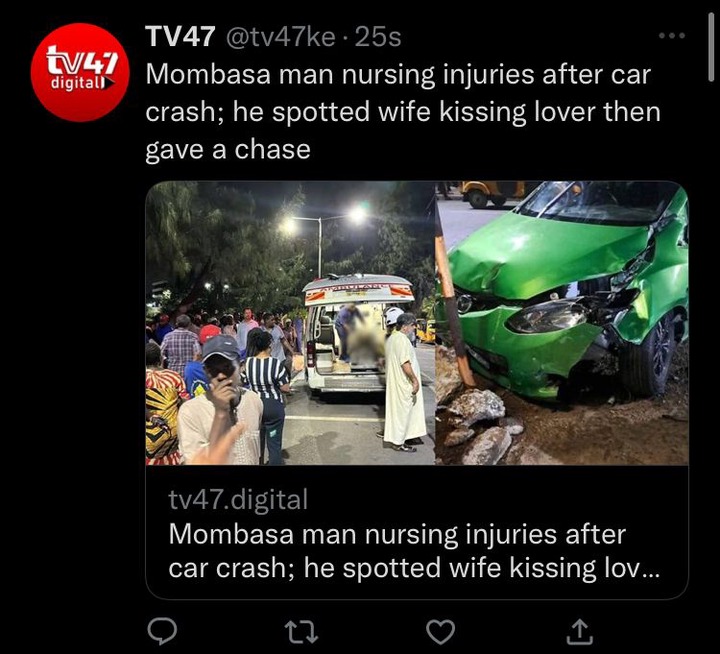 Post of a man who burnt beyond recognition raises reaction