Police Beats Woman To Near Death, Hides Her From Family, Lawyer With No Food For Over Five Days 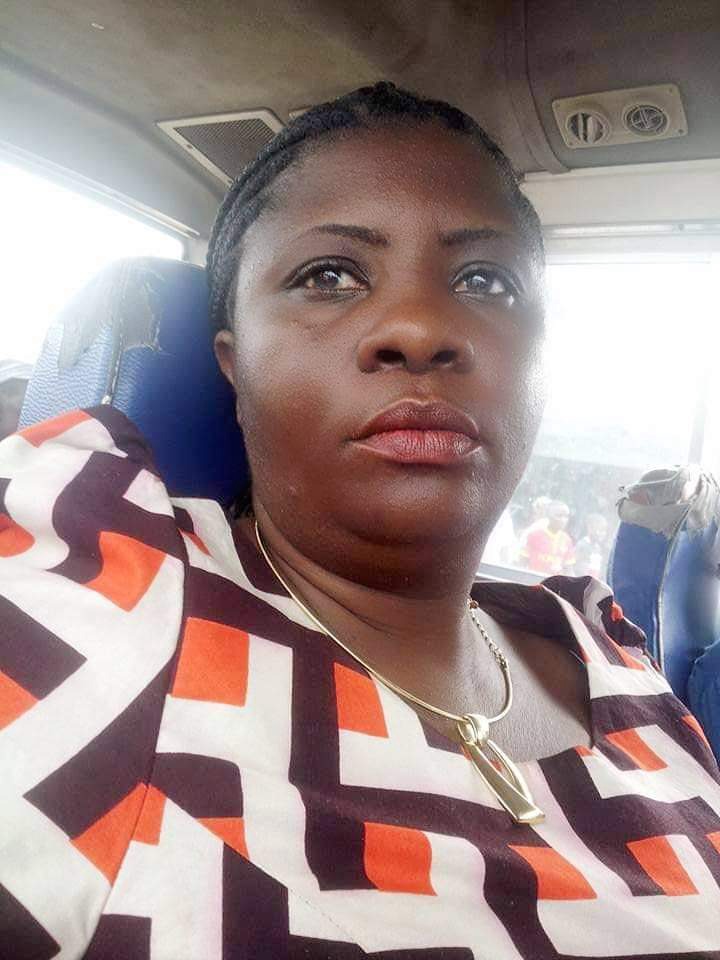 News just in indicate that the Tanzania police who arrested the Chadema Women Committee (BAWACHA) Chairlady Neema Mwakipesile have severely beaten her leaving her with wounded legs and an arm.

In a new revelation by Tanzanian media personality Hilda Newton, the police have been hiding her from her family and lawyer in fear they will realize the inhumane acts done on her.

This loosely translate to: I have been informed that the Bawacha Chairlady in Temeka Constituency has been severely beaten by the Central Police officers who caused injuries on both her legs and her left arm and she cannot walk. This is why the police have denied her sibling and lawyer access to her. 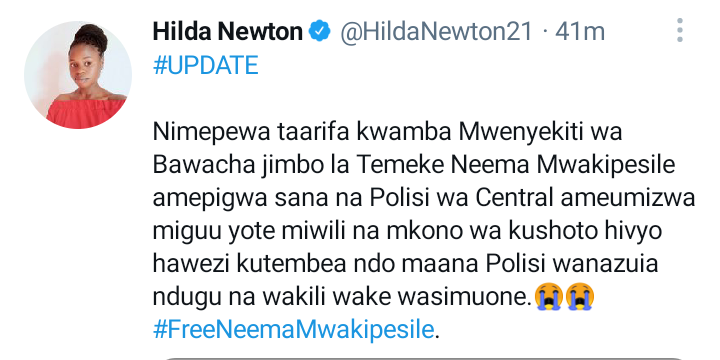 Mwakipesile was arrested few days ago by the police who came out to note that her arrest was due to a mistake she did in Kinondoni Constituency.

However, she has been in custody for more than five days with anybody being allowed to see her or bring her food.

More so, attempts by her lawyer to have her taken to court if she did any mistake have fallen on deaf ears.

Before her arrest, the police had arrested her husband and held him for days claiming that he will only be released if Mwakipesile is arrested. 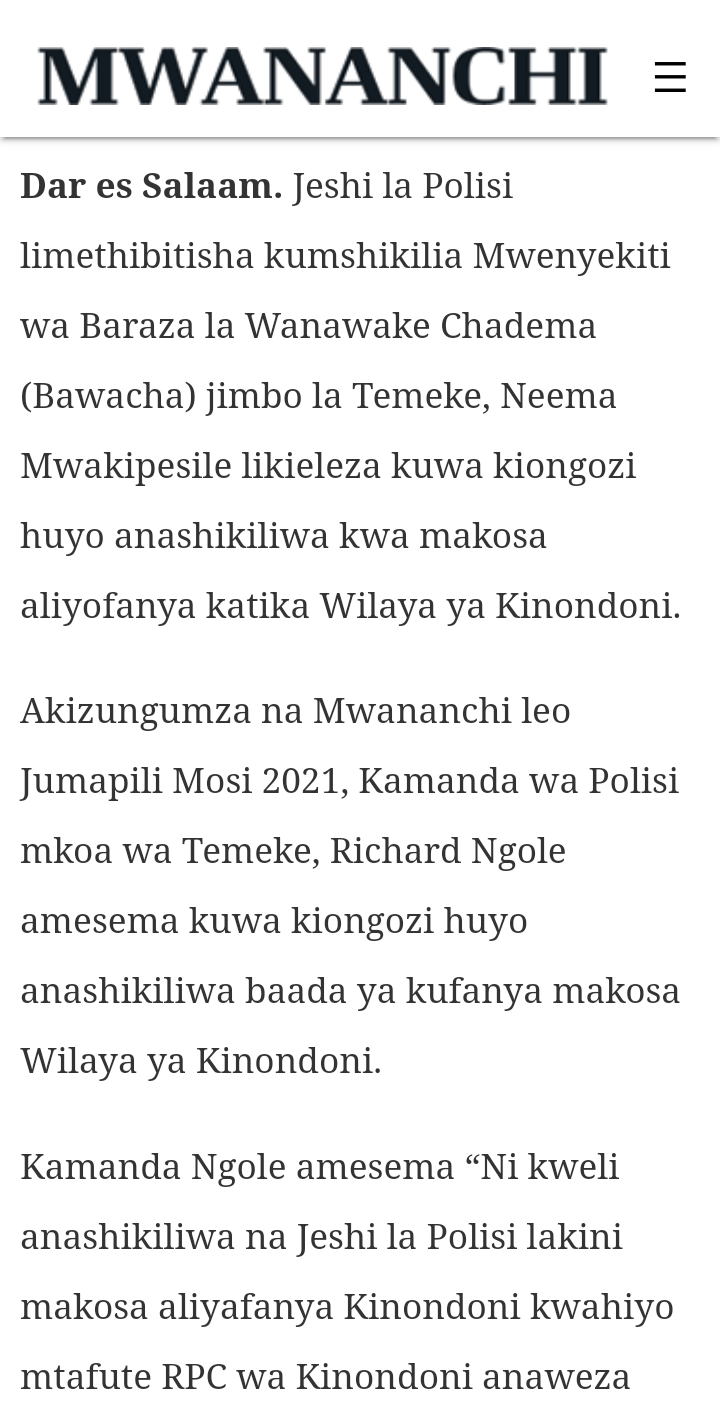 Many have now called on the release of Mwakipesile pointing out that she broke no law at all.

This comes at a time various journalists and Tanzania leaders have blasted their President Samia Suluhu over what they call continuing with former and later President John Magufuli's era.

Handshake Extended As Raila, Uhuru And CS Matiangi Agrees To work Together.

Zora: What Neema and Hamida did to Fella When he Dropped Zora Home

Rift Valley MP in Hospital After an Accident, Murkomen Reveals as He Pays Him a Visit

7 Things to Stop Doing If You Want a Longer Life