By TheAfricanTimes (self media writer) | 1 month ago

Kenyans were shocked by the daylight shooting of Samuel Mugoh Muvota at Mirema Drive Estate, along Thika Road. It was however later discovered that Samuel Muvota ran a stupefying syndicate that targeted men at high-end reveling joints. 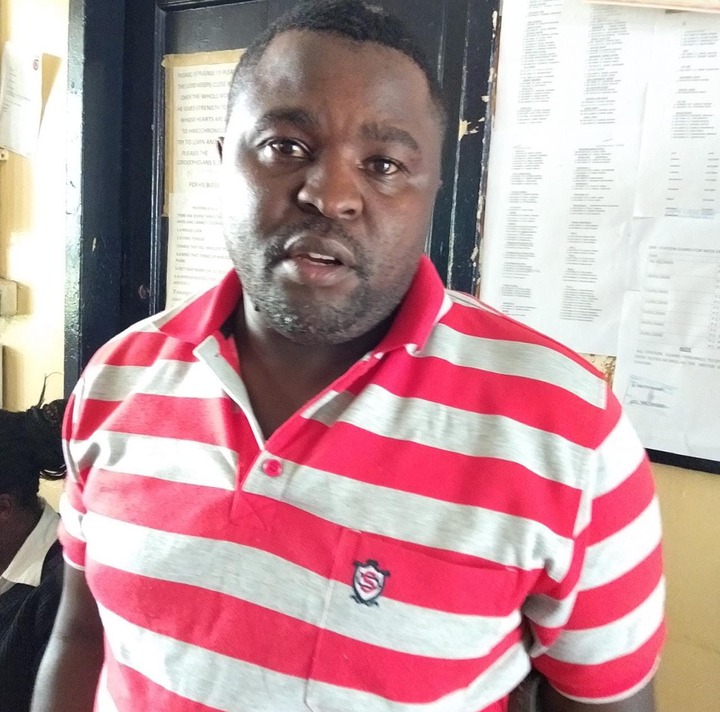 His involvement in crime dates back to 2011 when he orchestrated ATM thefts. Slowly graduating to a full-time thug who hired beautiful, and classy women. Deploying them as stupefying agents at several high-end reveling Joints. It's said that Muvota Kickstarted his 'career' by hanging around the city ATMs, offering assistance to clients who had difficulties making withdrawals from their accounts.

He operated closely with rogue banking officials who would jam the teller machines once a customer inserted his ATM card. Then Muvota would approach the client offering assistance. He would insert the client's card and then pretend to be facing away, signaling the client to key in his password. The client would first confirm the balance before withdrawing their desired amount. Photo courtesy|Screen grab of the video

Contrariwise, since the machines eject the ATM card first, Muvota would get hold of the card as the unsuspecting happy client waited for the cash. It's through this attention diversion, that Muvota would swap the card with another and hand the satisfied client a fake card. Here's the attached video of Muvota swapping a sim card from an unsuspecting victim. It's alleged he would specifically strike past 5 in the evening when he was sure that the account holder wouldn't walk back to their banks to inquire.

In 2018, at an ATM in Kayole, Mutova transferred Ksh 700,000 in a single transaction from an account of a woman he was assisting through Pesalink to one of his fraudulent accounts. Leaving behind a meager balance of Ksh 700. The Woman had walked to the ATM booth to check whether a loan she previously applied at the bank had been wired to her account when she met Muvota. Upon realizing her account was swept clean, she collapsed and died.

Until his assassination by an unknown assailant, it's said Muvota ran an ATM and sim swapping syndicate operating as a Mafia criminal organization. That earned him the millionaire status from owning several real estate properties scattered across the city, and a fleet of vehicles, to marrying 7 wives. All living large from the spoil obtained from his illegal trades. His wives, however, deny having had the slightest idea of their husband's double life. Photo courtesy|Police escort lady alleged to be one of Muvota's wives.

So lucrative was Muvota's trade, that he had recruited over 50 beautiful women into his 'pishori' administering trade that targeted influential people, businessmen, politicians, and uniformed men. Consequently saw Mutova earn a lot of enemies. It's alleged he had rogue cops at various police stations under his payroll as informers. Whenever sleuths launched a manhunt for him.

Economic crimes detectives who had handled his cases, claim Mutova was arrested over 30 times in the past 11 years on fraudulent charges. And had been in and out of almost all the courts in the city and Kiambu county. In most cases, he would approach the complainants with a refund for their money and the cases would collapse.

Sleuth drawn from DCI speculates that maybe one of his women employees or an accomplice might have given him into his perpetrators after a deal done sour.

Content created and supplied by: TheAfricanTimes (via Opera News )