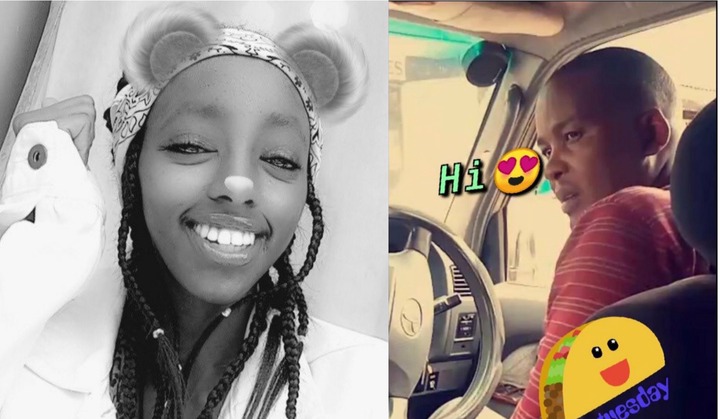 A man suspected to have taken advantage of a Kenyatta University student in a lodging before inflicting serious body injuries that later killed her has broken the silence.

DCI has this Friday revealed the main suspect in the death of the 23-year-old Velvine Nungari Kinyanjui is in custody.

Joseph Kinyua Murimi will remain to be DCI's guest at least for the next 10 days as investigations gain momentum.

This was after a Kiambu Law Court 1 Chief Magistrate Hon. Patricia Gichohi allowed the investigating officers to hold the suspect for the said number of days. 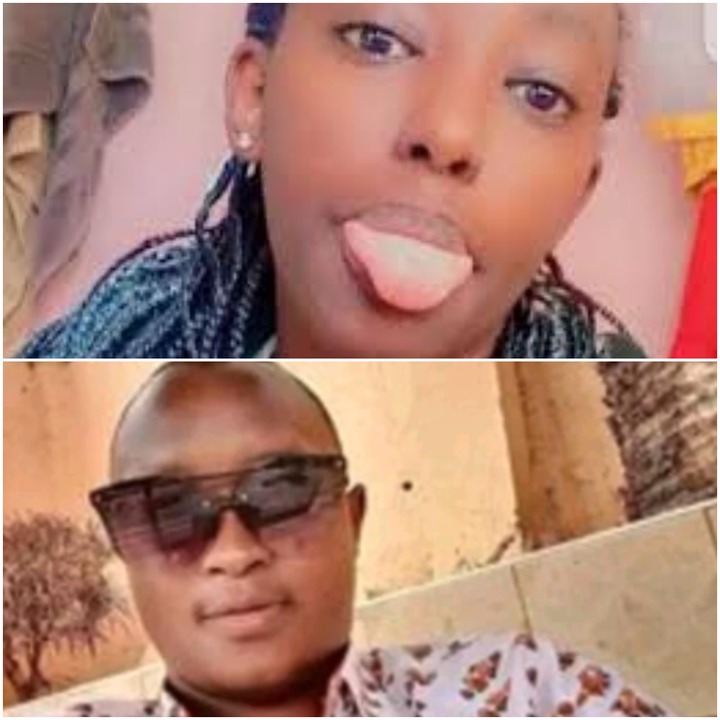 The KU student is said to have died after she developed compression fractures on her vertebral column, before succumbing to collapse of the lungs.

Her bad ending started when she met the suspect, had drinks with him before they checked in at Sinnot Hotel and booked a room at around 9 pm.

About 1 hr and 30 minutes after they had booked the room, the suspect, Joesph Kinyua (33) left and allegedly told the barmaid that the deceased was still relaxing. He also said he would not spend the night at the place because he was a married man. 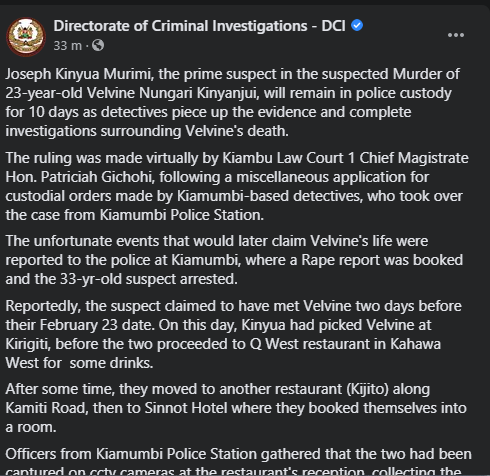 While many thought the man was dating the student, he told the DCI that he had only met her two days before they had a date on FB 23.

"The suspect claimed to have met Velvine two days before their February 23 date. On this day, Kinyua had picked Velvine at Kirigiti, before the two proceeded to Q West restaurant in Kahawa West for some drinks," DCI said in part.

The suspect is a salesman who trades in assorted spare parts.

The case is now being handled by DCI's Homicide Branch.

Is Rayvanny Trying to Get Back With Baby Mama? Check Out Her Post and Reactions