By Lilian_Aloo (self meida writer) | 23 days 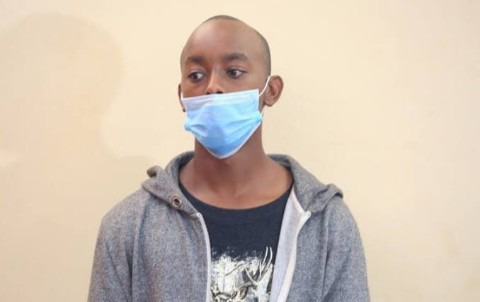 Few months ago, the country was thrown into a fierce state of debate and fierce reactions after a shocking incident in Kiambu County where a young man, reported to be a student at a local university, allegedly wiped out his family.

Lawrence Warunge and his girlfriend were arrested in connection to the gruesome murder of four members of their family plus a farmhand who was present at the time of the heinous act.

However, Lawrence was not charged in court after the court received a preliminary report indicating that he was not fit to stand trial for the killing of his family.

But now, there is a new update concerning Lawrence Warunge's case as the directorate of criminal investigations (DCI) has come out to break its silence on the status of the case.

As Nation reports, the DCI has updated that a psychiatric examination at Mathari hospital in Nairobi has revealed that the suspect is now fit to stand trial and answer to allegations facing him. 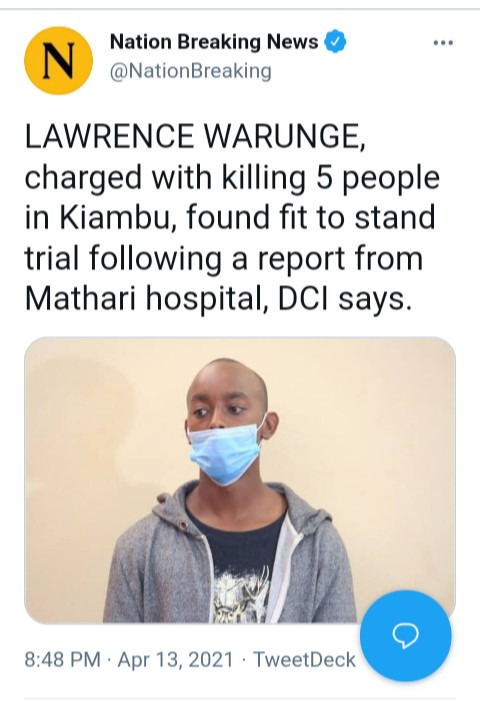 This means that he may be presented in court in the following days.

"Doctors Said I Won't Live Past 3 Years, Because Of My Legs Condition But Am 7 Years" Girl Narrates

"Doctors Told Me That My Daughter Had Only 5 Years To Live, Now She Is 7" Mother Narrates

"Super Woman, God Bless You Dee," Diana Bahati Gets Praises For Doing This To Her Step Kids