By Aloanzzz (self media writer) | 2 months ago

A sad incident just happened today morning in Gikambura market Kiambu county after a 25 years old man identified as Daniel Waithera committed murder. It has been reported that Daniel was with his bestfriend Michael Mukami who is just 21 years old. The two were heading somewhere and they decided to take a motorbike since they wanted to reach faster. 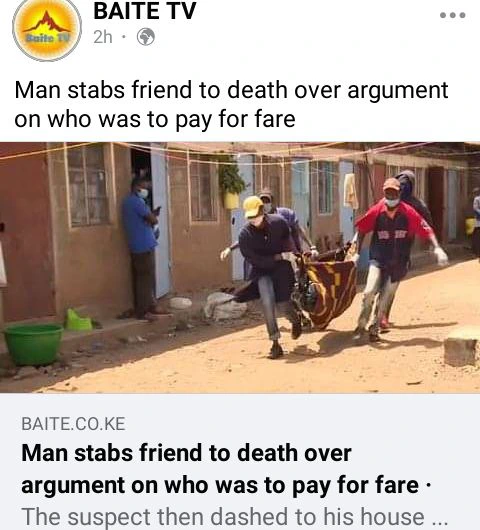 It has been reported that on arrival, the two started arguing over who should pay the fare. The rider was waiting for them to decided and instead of coming to a better decision, their argument heated up. It has been reported that Daniel removed a small knife from his bag and stabbed Michael several times. Courageous men tried and separated the two but unfortunately Michael was already dead. Police officers were alarmed and they arrived there with immediate effect. The body has been rushed to a nearby mortuary as investigations begin immediately. Daniel will be arraigned in court to answer a case over murder allegations. 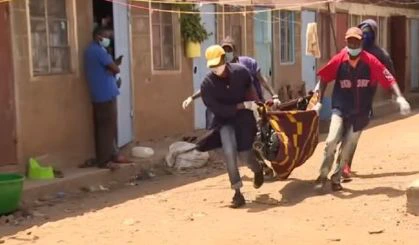