By AustineBarasa (self media writer) | 4 months ago 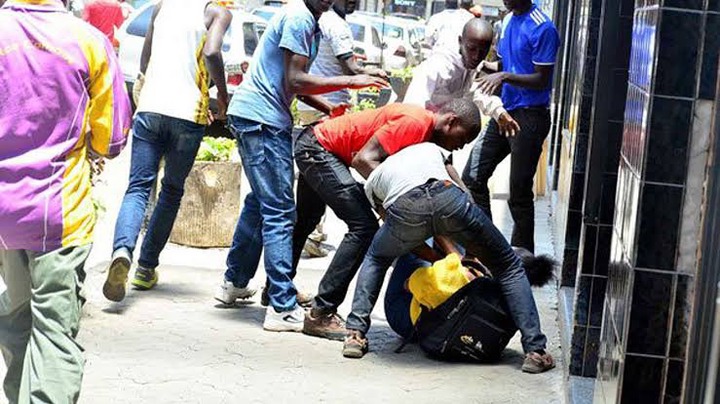 That Nairobi is a city that's home to the most daring cons, robbers, pickpockets and all sorts of wicked thieves in the country may not be far from fact.

On a daily basis, lots of people fall victim of thieves, pickpockets and cons in this city and even though civilians make up a large proportion of those victims, it seems that a daring set of thieves has been roaming in the city of late.

In an incident that is believed to have occured yesterday on July 6th, a traffic police officer in Nairobi lost his phone under embarrassing circumstances courtesy of a daring phone snatcher that posed as a regular bodaboda passenger. 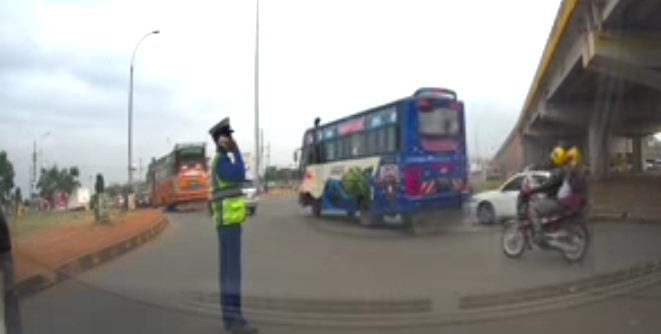 In a footage recorded on a car CCTV and shared on the internet, a police officer controlling traffic at a Nairobi roundabout pulled out a smartphone to make a call not knowing what was coming.

Just as he was talking on the phone with traffic seamless moving, a motorcycle rider carrying two passengers appeared from his right like any other bodaboda operator with passengers only for it to turn out that he was actually carrying a thief at the back. 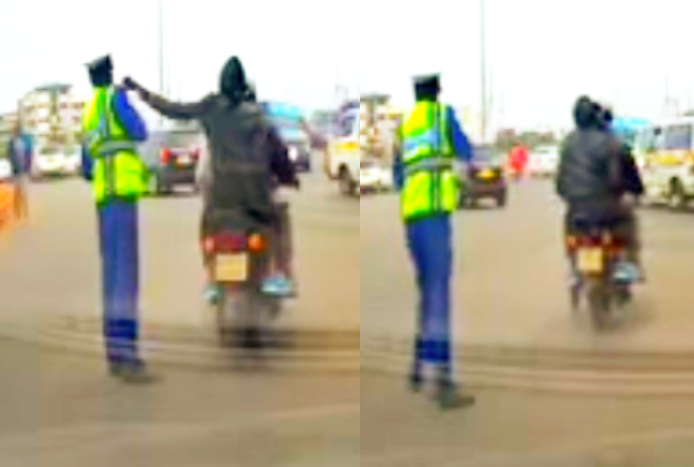 He snatched the phone from the hand/ear of the police officer in a fraction of a second and the astonished police officer just watched as the motorcycle disappeared in traffic. The officer never bothered or rather had the energy to chase after them on feet or by car.

Being quite a humourous incident, celebrated comedian Daniel Ndambuki alias Churchill shared the video on Facebook with a caption that "no one is safe in this Nairobi." That "someone call the police!"

The video attracted quite huge number of reactions with most Kenyans just wondering how daring Nairobi thieves and phone snatchers have become as seen below. 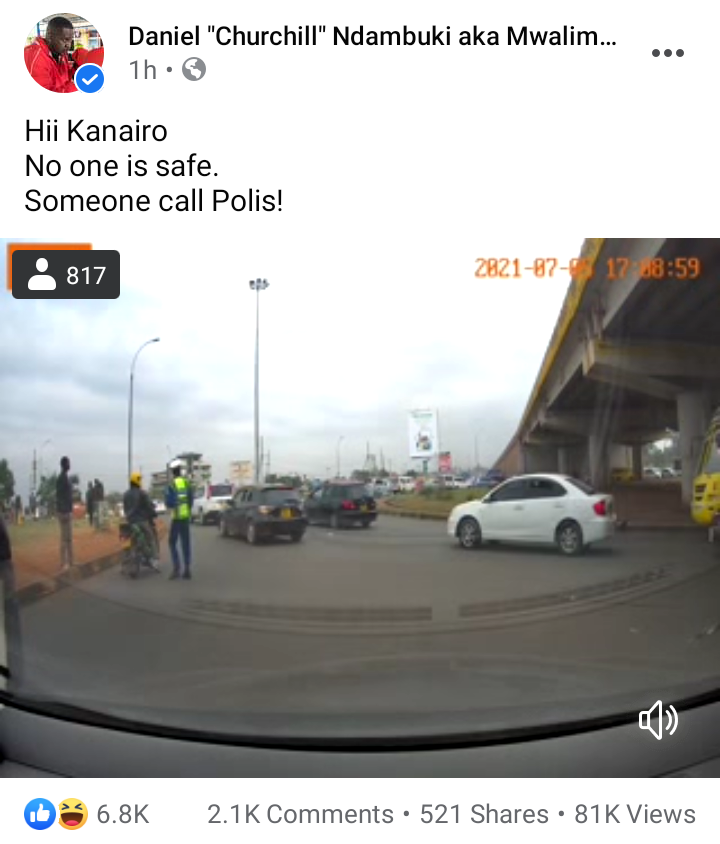 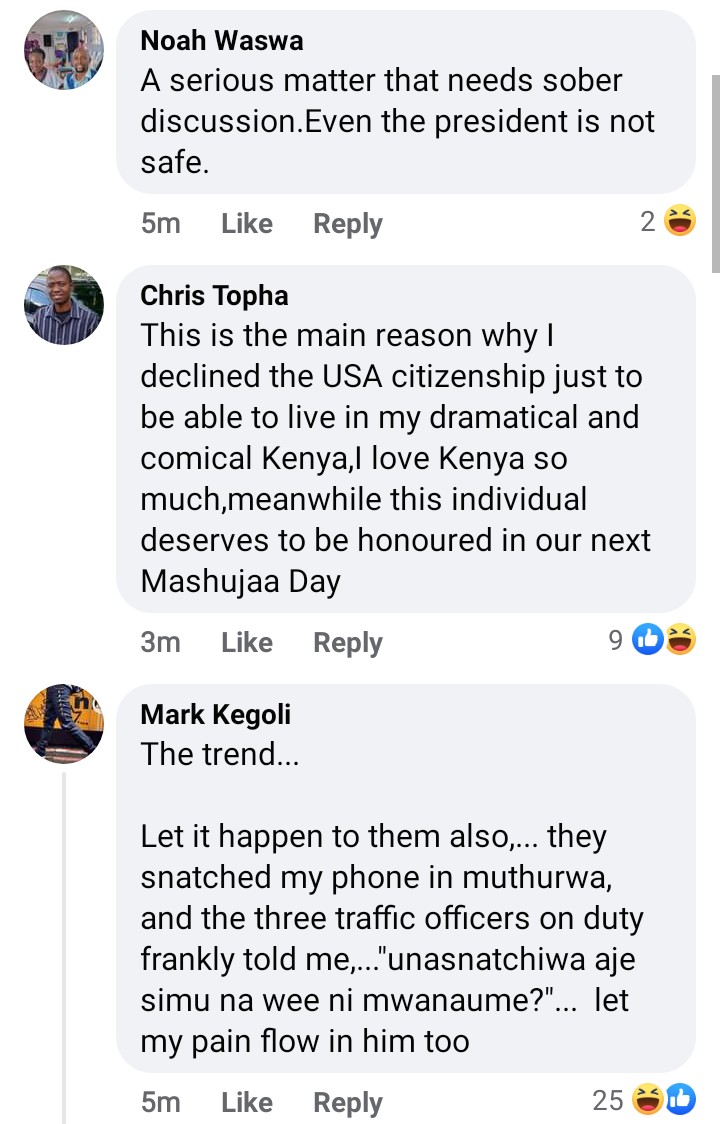 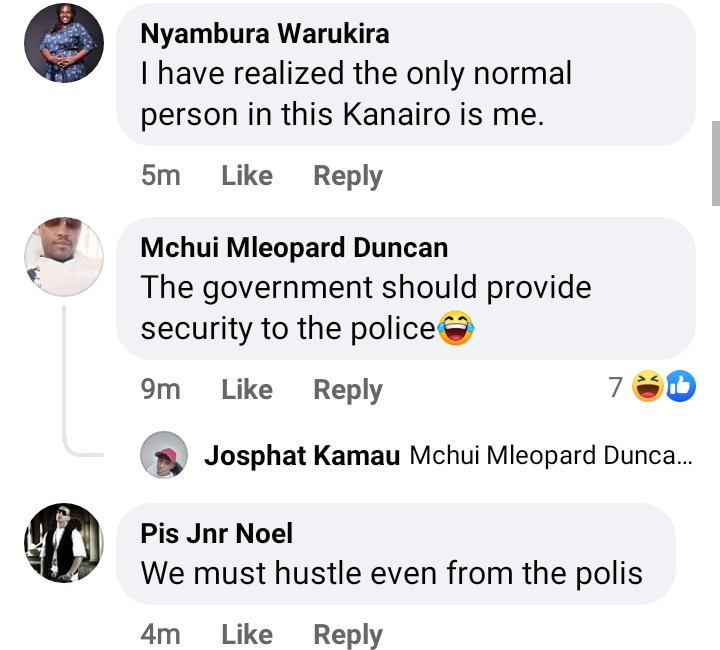 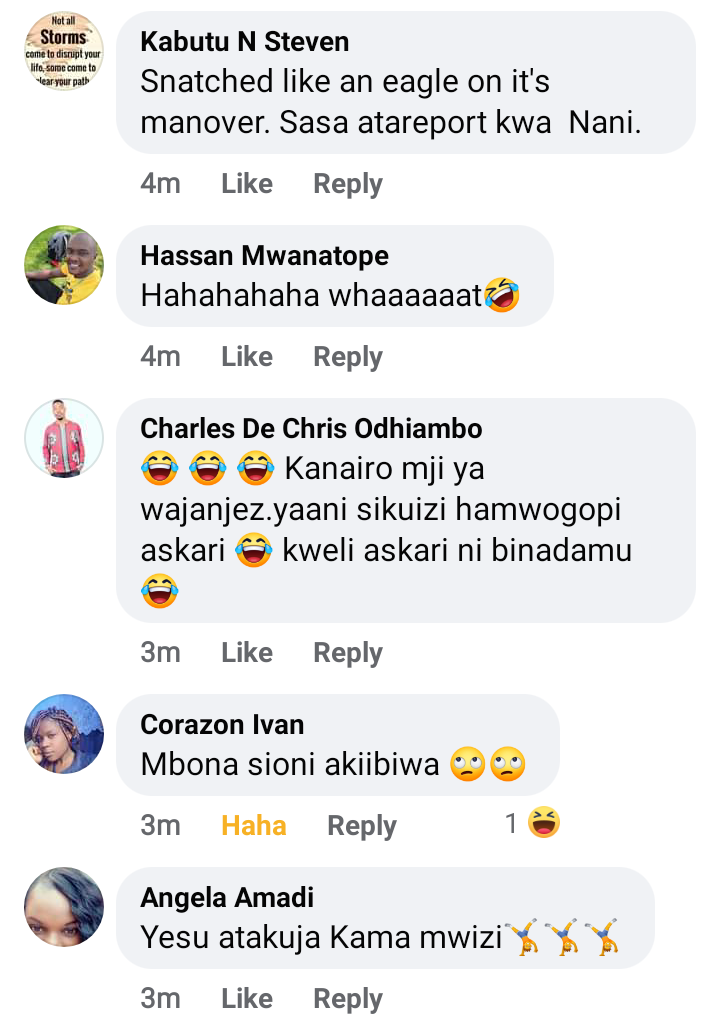 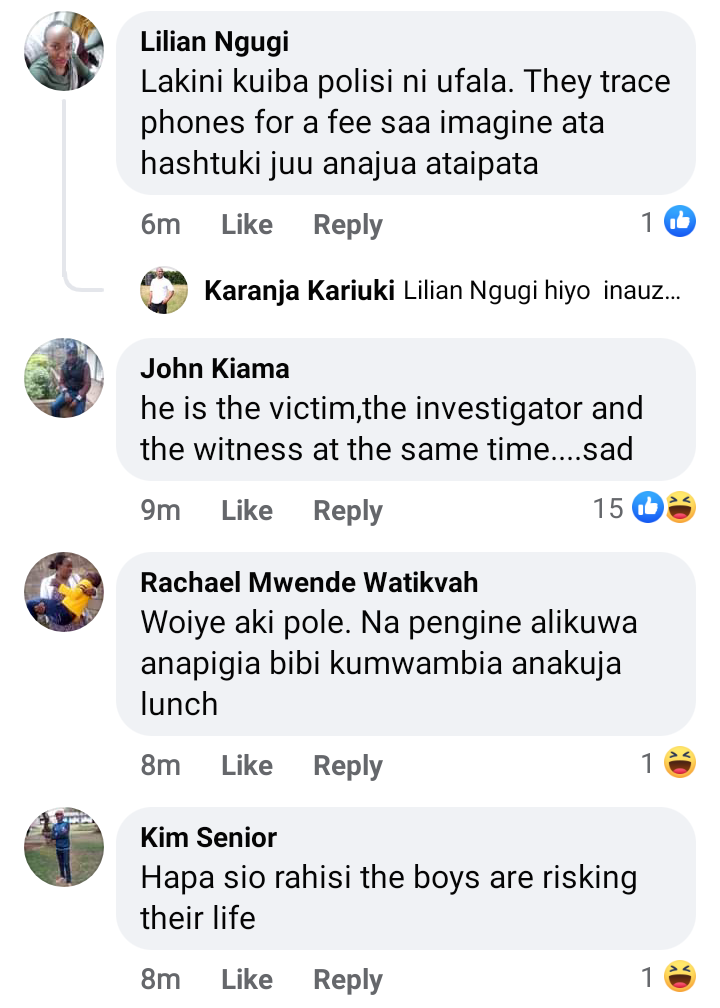