Police officers from Mwanza are currently investigating an incident which reportedly happened today in the morning after a teacher is reported to have been beaten mercilessly by angry residents who caught him in the Act of taking advantage of his two female students. 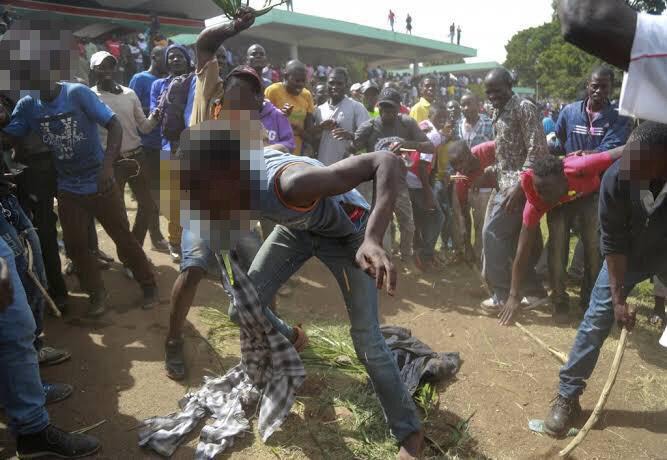 According to the reports given by the residents who took the initiative of teaching the man a lesson, it has been revealed that the one of the suspects neighbors had been seeing him bringing some of his female students in his house after which they would leave later on.

This was followed by a dramatic scene after he immediately informed his fellow residents after realizing what the man was doing to this kids,just as planned the man did his usual thing where he brought the students to his house in the usual attempt of taking advantage of them.

Unknown to him that a crouoo of angry villagers were already waiting for him, he went ahead and locked the door before the locals broke the door after which they Stormed his house with full force only to find the students on the suspects bed.

He was taken in the middle of the streets with sticks and stones by angry residents who almost beat him to death before he was rescued by group of police officers who immediately took him to the police station for more investigation and questioning.

However, after all of this, the group of angry residents who had threatened to lynch him to death went and torched his house promising to do the same thing to him if her ever shows up again.

The incident has since sparked a lot of mixed reactions from Kenyans who seemed to have different opinions and suggestions and with others blaming the teacher, others went ahead and called upon all parents to make sure they stay vigilant especially if it concerns their female children. 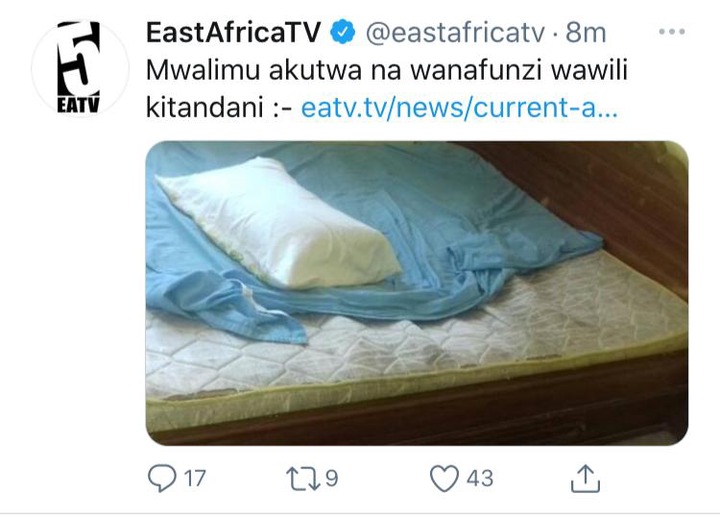 5 Reasons why you are your own worst enemy