By Culver (self meida writer) | 1 months

Kivuti had committed a big mistake by taking a loan from a bank against his home in Umoja. He explains how Kenya Business Community Sacco vanished with its members' savings amounting to Ksh 981 million. He was one of the victims and could not support his family anymore. Neither could he continue paying his loan. 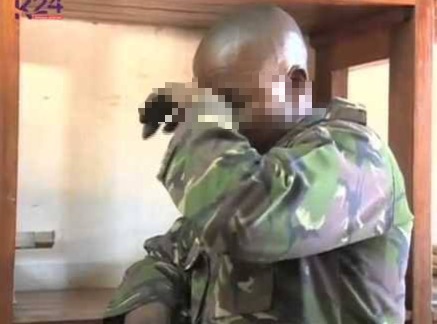 The bank sold his home, rendering his family homeless. They were helpless. As life kept getting hard, his sick wife couldn't get further medication. She succumbed into depression after one of their sons commiting suicide for lack of fees. She eventually lost her life. Their second son ran away from them never to be seen again.

When a 10-man team under the chairmanship of the late Kitui West MP, Francis Nyenze, took its formal conferences to Embu to probe into the impacts of the fraudulent business model by the sacco, Kivuti there opened up and shared the whole story. Unfortunately, none was arrested.

He mournfully described how one of his children had taken his own life all after his dad neglected to pay his school fees for a medical course he was taking. He discussed it with his sick wife who was admitted at the hospital and the embarrassment she experienced after her family was left homeless.

Their second son took off from Kivuti's home, never to return again. The previous GSU official himself was at some point forced to sleep under a tree. The family, as per the Nyenze report, was hit by one more misfortune after a female relative was executed in an unusual assault.

Kivuti remembers all these events in agony and says that the fraudsters of the pyramid scheme that stole over Ksh 980 million are known and one of them was elected to represent his people in the government. However, nothing has ever been done to them. He spoke this as he sank into tears after painfully losing his home, wealth and family. 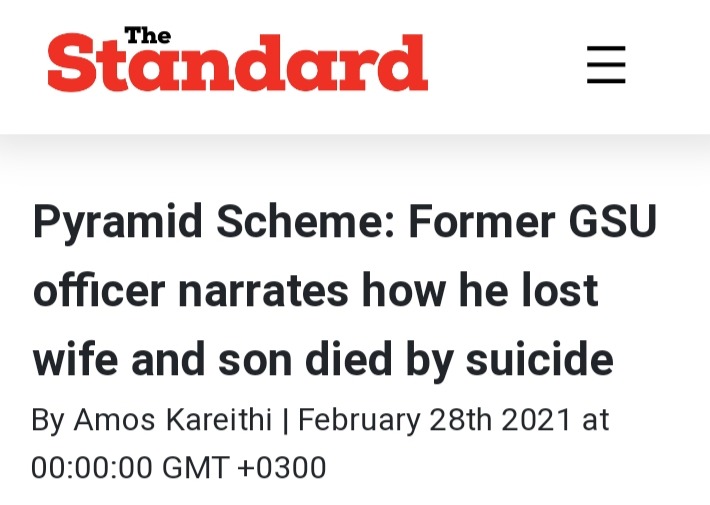 Gender-Based Violence; Raila Urges Couples to Walk Away if they Can't Reconcile

What You Should Know About Eating Pork Meat

What Should be Done to Reduce Gender Based Violence

The Main Reason That Causes People To Faint