Chief Who Took a Ksh 30,000 Bribe Suffers a Major Blow After the Following Court Ruling

By JNews.KE (self media writer) | 2 years ago 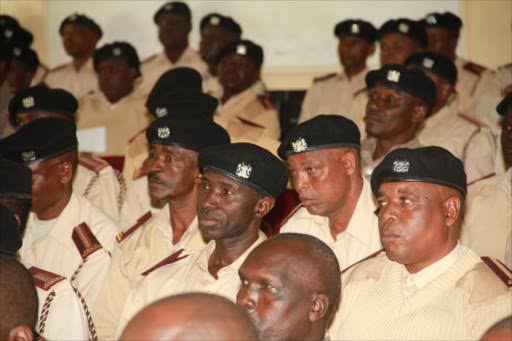 A group of Chiefs during a meeting with their bosses. Photo/Courtesy

The assistant chief of staff in charge Highridge Sub-location, in Nairobi has been suspended after being charged with taking a bribe of Sh30000 from a businessman. 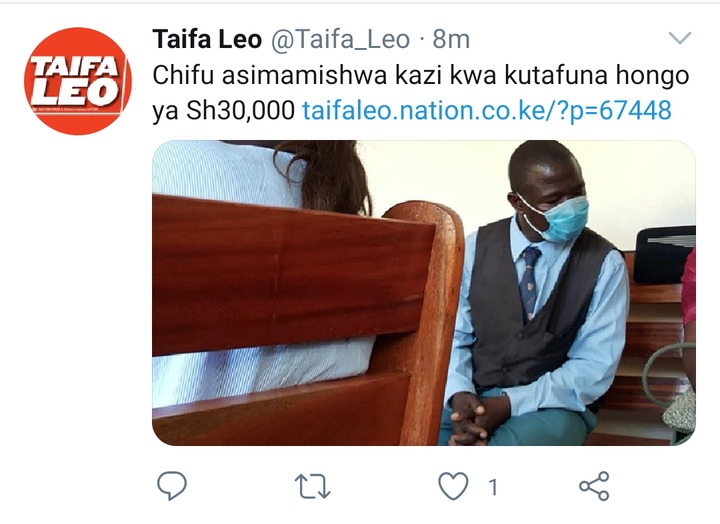 "According to the anti-corruption laws, a civil servant who is prosecuted immediately ceases to serve until the court decides his fate," Mr Kombo told Mr Malunda.

The judge ordered the office of the director of public affairs (DPP) to submit to the court a letter of suspension of Mr Malunda within two weeks.

Mr Kombo told the accused that the corruption laws had been amended and called on all prosecuted public servants to immediately stop providing public services.

Mr Malunda was charged with asking Mr Mela Singh and his wife Mandeep Channan for Sh100,000 on September 11 2017 and in order not to fulfill an order to evict them from the building where they were doing business.

Mr Malunda was facing a second charge of accepting a bribe of Sh30,000 from Ms Mandeep Channan for not fulfilling an order to evict them from the building where they were doing business.

Defendant pleaded with Mr Kombo to release him on non-standard bail, saying, “My salary is only Sh10,000. I have no other way to get a higher guarantee. ”

Defendant told the court that since 2017 he had been reporting to the Nairobi County Commissioner until yesterday when he was ordered to appear in court to answer the charges.

“I have become a better person. I have been reporting to the county commissioner every week until today (yesterday) when I was ordered to appear in court to answer the charges, ”said Mr Malunda.

Defendant also handed the judge a copy of the order as he had been reporting to the police and also to the county commissioner's office.

But prosecutor Githinji Ndung'u asked the court to consider the severity of the sentence and found bail conditions to be severe.

The judge said bail was the right of every defendant and released him on bail of Sh1.5 million and one surety of the same amount.

Unable to obtain bail, the judge granted him Sh100,000 in cash bail.

Members of the defendant's family made a donation to pay for the cash bail.

The court ordered that the case be adjourned to January 18, 2021 to be set aside for a hearing.