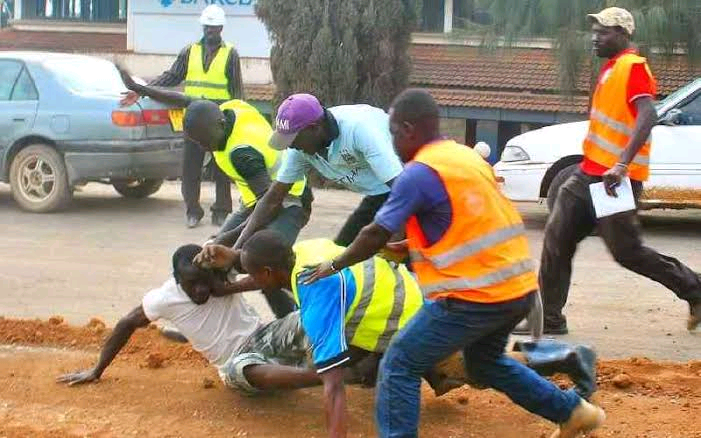 Two KCPE Boys who scored 405 and 401 respectively, were lynched by mob after they were caught stealing at a rental house at Site Estate in Kitui town.

The two youths were among six others who had raided an apartment and stole from three houses.

The duo had made away with electronic items and other valuables ready to load them on a standby Toyota Axio car parked waiting at the gate when they were blocked.

It is alleged that a neighbour identified as Mary Mutisya staying next to apartment heard unusual noise and movements from the house as the suspected thugs broke the grilled doors of the three houses of two-bedrooms, making her to sneak to the scene in bid to find out the cause of the commotion.

Mary thereafter raised alarm attracting the attention of the neighbours who responded within minutes as the two were busy breaking the doors and at the same time she called the owners of the units.

The owners of the houses raced to the scene flanked by a group of rowdy bodaboda riders blocking the duo who were stealing from the already broken houses.

The unexpected response from the owners only left them with no option, however, four fled with the driver who was at the car parked outside the gate and the mob stoned the two to death.

The two who were blocked from fleeing asked the mob who tried to lynch them.

The fracas caught the attention of police officers who arrived within minutes at the scene and saved the duo who had been badly wounded. 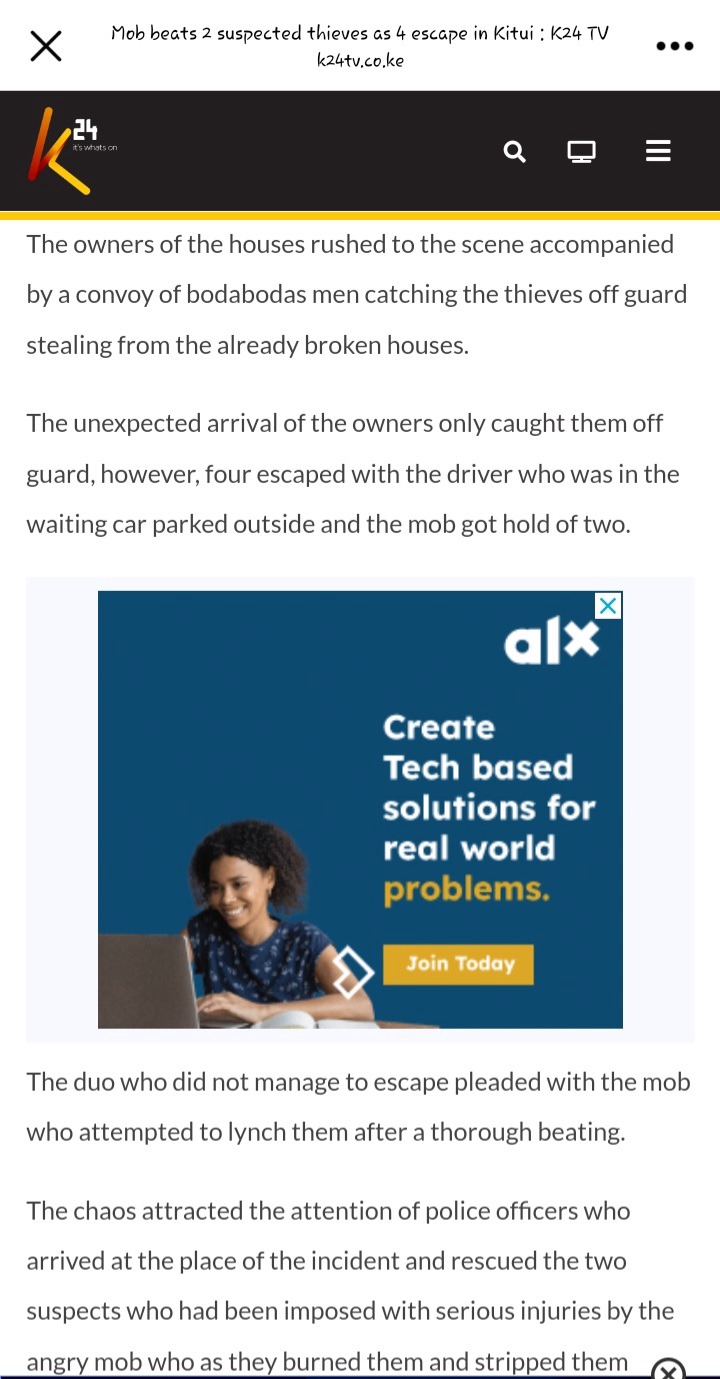 Confirming the incident Kitui County police commander Leah Kithei said that the duo were admitted to the hospital.