Drama was witnessed in one of the bus stops in Kasarani after a man received a Merciless beating from a number of men who accused him of being disrespectful to a female tout who he allegedly touched inappropriately. 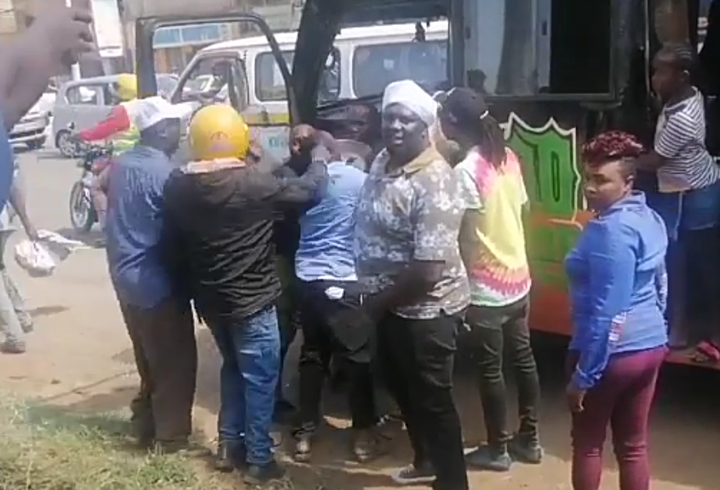 In a video that has been shared by a Facebook user who has been identified as Mwangi Mykonnel, the man could be seen trying to talk himself out of what he had just done as the no-nonsense men taught him a lesson.

According to the reports given by the woman, she claimed that prior to the incident, the suspect allegedly started giving her problems after she asked hi to pay for his bus fare which he eventually paid for after a back and forth argument.

The woman went ahead and claimed that it was when he was getting off the matatu that he allegedly touched her inappropriately after which she first assumed thinking it was a mistake Untill he did it again.

"He refused to pay and after having a back and forth argument, he paid. He's stubborn and has no respect for women, he touched me first and assumed thinking it was a mistake, he did it again and after i Confronted him, he started abusing me", she said.

The woman went ahead and revealed that it was after they started arguing that the men allegedly came to her rescue beating him up after which they let him go without serious injuries.

While reacting to this incident, a number of kenyans have claimed that most female conductors are often rude adding that maybe she allegedly framed him. At the same time, a number of kenyans congratulated the men for standing up for the woman stating that it was the right thing to do because some men are often disrespectful towards women. 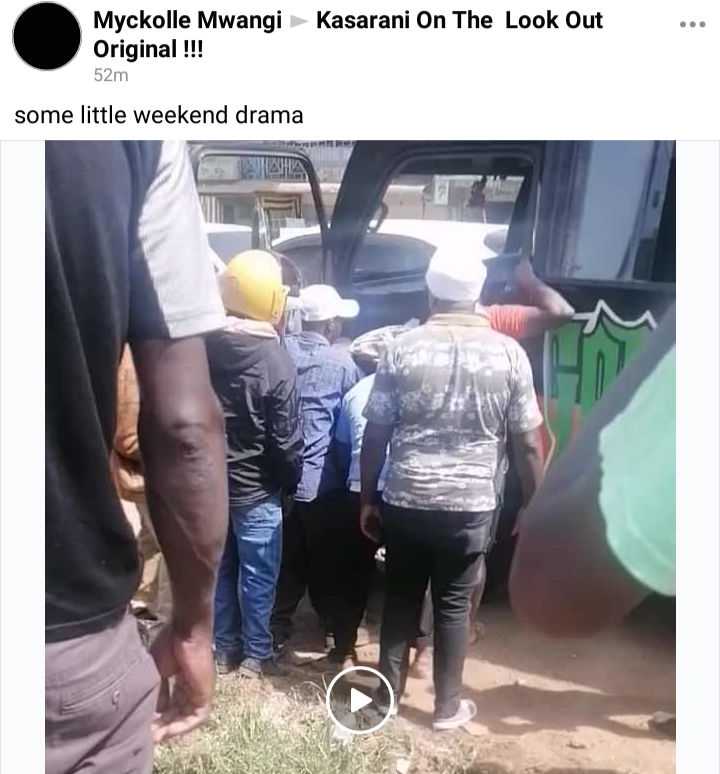 Raila Odinga's Fortunes Ahead Of 2022 Elections That Would Lead To His Easy Winning Of Elections.