By NewsAdvocate (self media writer) | 3 months ago

In recent weeks, 21 bodies were retrieved from River Yala, which is now being viewed as a dumping ground for victims of murder and forced disappearances.

The River Yala bodies expose have put a spotlight on the police for delaying investigations and subsequently ignoring the plight of families who have missing kin.

According to Yala Sub County Hospital, divers recovered over 20 dead bodies from the river over the past year. Most of the bodies were retrieved in the last three months of the year 2021. 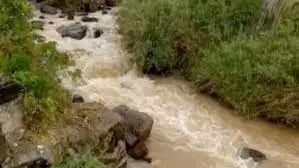 On Thursday, two bodies were identified by relatives at the Yala Sub-County morgue.

It is alleged that the two who have been identified, were criminals with a case pending in court.

The two including a former police officer Peter Kioo Mutuku and his friend Philemon Chepkwony went missing on December 2, 2021 as they drove in a hired car to Kericho. The car was found abandoned in Gilgil.

They had been charged in 2018 with stealing a lorry belong to the Narok county government.

They faced another charge of being in possession of ammunition without a firearm certificate.

Mutuku was also charged with being in possession of 63 papers that resemble Sh1,000 notes that were found at his home in Drive Inn in Nairobi.

Families that positively identify the bodies will have to wait longer as police conduct investigations and for the pathologist to conclude post mortem in a bid to establish the cause of deaths.