Currently, there have been reported incidents of stupifying especially to drunkards, sex workers, partying members and among other individuals. Drug users have currently hit the top list in such cases of drug striking in clubs and restaurants and some other resorts. It's now barely a week after the Mirema killing incidence, which was later linked indirectly to drug striking. 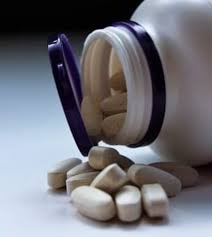 In Kenya, if you mention about "Mchele", it won't not only mean rice but also to some people, they think about striking. It's what is feared most by Kenyan alcohol consumers, after traffic and police patrol.

These drugs are purely medicinal, most used either as aesthetics or administered to induce sleep, but criminals use them against their targets. They are highly absorbed into the blood stream and their effects start within short period of time.

To Kenyans drunkards, Mchele is a compound nickname general for all drugs used to strike drinks. What are these drugs used by criminals for striking drugs? 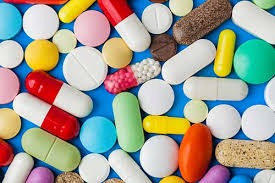 It's also known as hyoscine,or Devil's Breath and is formally used as a medication for treating motion sicknesses and postoperative nausea or vomiting. It is can be as well administered before surgeries to lower rate of saliva production in the mouth. It can be used both orally or through injection. It's a rapid reacting drug and when overdosed, brings about deep sleep. Other effects are linked to this drug are a feeling of light head and to some victims, they find it hard to remember what exactly happened to them well.

Flunitrazepam, also known as Rohypnol among other names.its also referred to as The date rape pill. It's used to treat severe insomnia and is also used as anesthesia.

Midazolam, marketed under the brand name Dormicum and Versed,among others, is used for anesthesia, procedural sedation, inducing sleep to patients having trouble in sleeping and severe agitation. Dormicum induce sleep and decreases the brain ability to create new memories.

In clubs, ladies are mostly used for striking victims drinks and later, the victims are robbed their property and left. The greatest baits to the Mchele victims are sex linked.

Here Are Best Foods For Weight Gain For Babies Below 3years

Final Results Of An Opinion Poll For Whose Manifesto is Achievable Between, Ruto, Raila & Wajackoya