By kwambokaAngira (self media writer) | 10 days ago 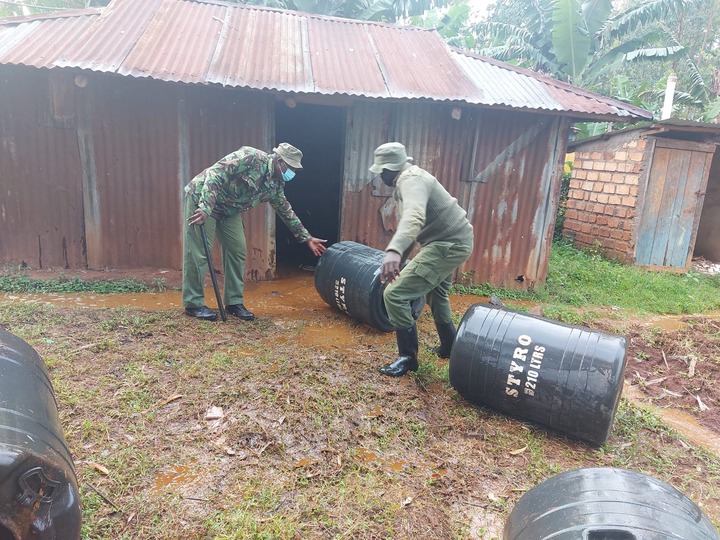 Seven people were  arrested and are in police custody over the weekend in the ongoing crackdown on illicit alcohol at Bonchari constituency.

The arrest came barely after the recent crackdown where the police officers raided and destroyed 100,000 litres of illicit brew same constituency.

Police said they had also destroyed 200,000 litres of kangara in the raids conducted.

According to the Kisii County Commander Mr Francis Kooli the seven people were found in possession of 200,000  Litres of illicit brew Kangara .

Mr Kooli said that those arrested will appear in court today and face the law.

During the operation 20,000 litres of illicit brew were destroyed and the equipment confiscated.

The county commander said the fight will not stop until the county gets rid of the drinks .

According to him illicit brew have wrecked families and contributed to most crimes.

He stated that the drinks were being brewed in the most unhygienic conditions and operators were not licensed.

"The operation is still on and we will not relent until we are sure the area is free of illicit brews,” he said.

Mr Kooli advised those brewing to cease and engage in legal business activities.

He urged locals to join in implementing this directive to restore sobriety and vows that the crackdown Will continue until they ensure that the illicit brew has seized in the county.

The crackdown is in line with a three month Rapid Results Initiative crackdown of illicit brew. 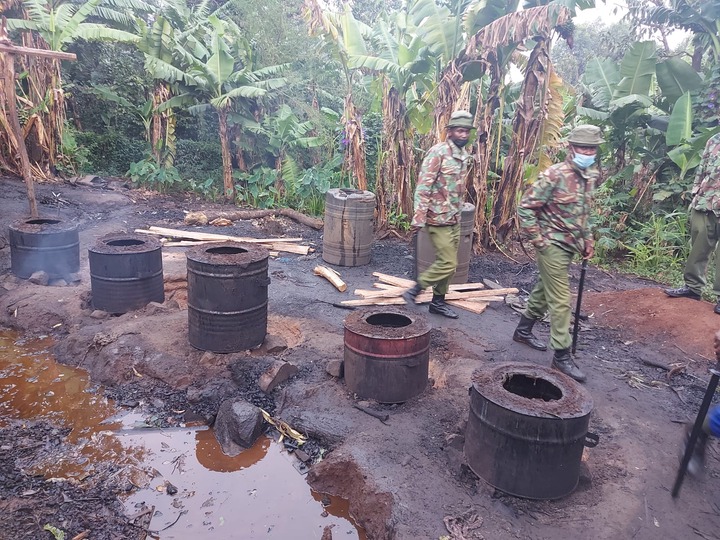