The director of criminal investigations have launched a search of Joseph Otieno, who is a GSU Officer who is reported to have gone missing under unclear circumstances.

According to the reports given by the family and friends of the missing police officer, they revealed that they were forced to file a missing person's report after he allegedly failed to get back home for unknown reasons.

This was followed by a dramatic scene after the man's rented car was allegedly found dumped close to another police station by an unknown person. Speaking to a couple of reporters from different Kenyan media houses, the wife of the missing officer revealed that it was unlikely of him to switch his phone off.

While reacting to to the ongoing search of Joseph Otieno, police officers have revealed that his phone went off moments after he allegedly visited a public market for unknown reasons.

Due to this reason, it has been reported that the officers have expanded their search to other parts of the country unlike their initial search which was being conducted within Nairobi.

The family of the missing police officer have called upon the director of criminal investigation to look into this before things get out of hand because according to them, the man's disappearance is not normal especially with the increased rate of abductions. 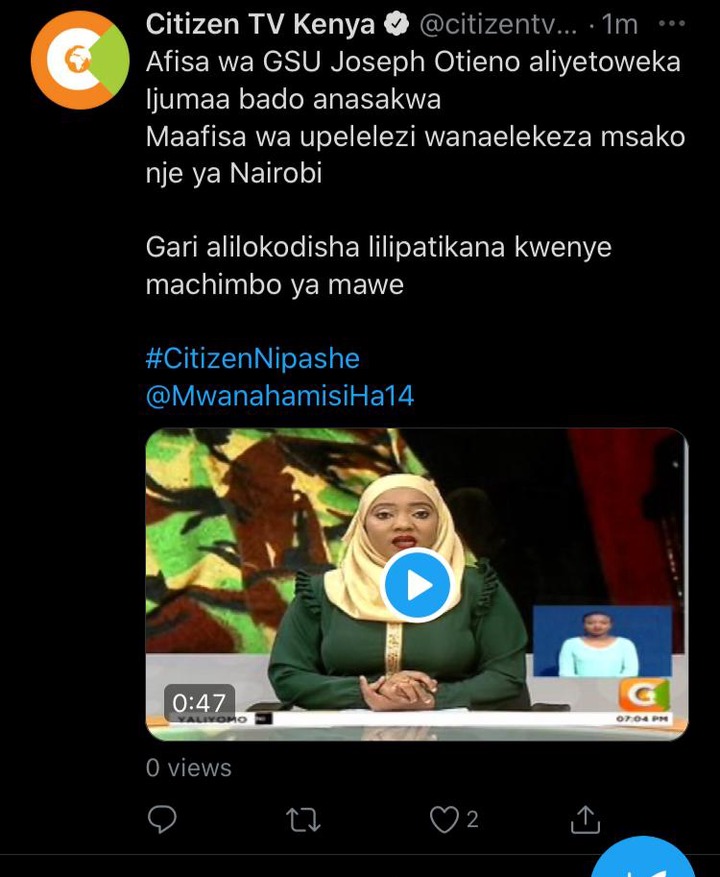 New Details Emerge Of The Drama That Occurred In Kagongo Burial After Colleagues, Parents Did This

R.i.p:Netizens Reactions After This Incidence Happened To This Lady In Maziwa Kahawa West