By InstantNewss (self meida writer) | 7 days 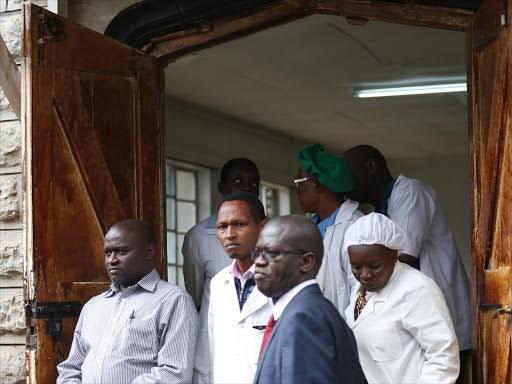 According to the reports given by the family members and family friends of the four missing two of who have been found dead and dumped ib different locations in the country, they claimed that the men were last seen coming out of a popular joint where they later dissappeared never to be seen again until now.

In a turn of events, it has been reported that one of the missing men who was found wrapped and dumped in a bush in one of the trenches in Murang'a was murdered by hand where the government pathologist revealed that the deceased was strangled to death.

Reports received from the government pathologist who has been identified as, Johansen Oduor revealed that the deceased was murdered by an unknown person who reportedly strangled him to death after finding out that the deceased lungs collapsed due to lack of enough air supply.

In what might be considered as turn of events, the director of criminal investigations had first speculated that the deceased had been Poisoned especially after finding his body which according to them didn't have any sign of physical bruises.

Their dissappearance has sparked alot of mixed reactions from Kenyans who seemed to have different opinions and suggestions on the matter. With a section of Kenyans claiming that maybe this was a deal gone wrong others went ahead and called upon DCIs to reveal how they got to Murang'a despite the fact that Nairobi is on lockdown. 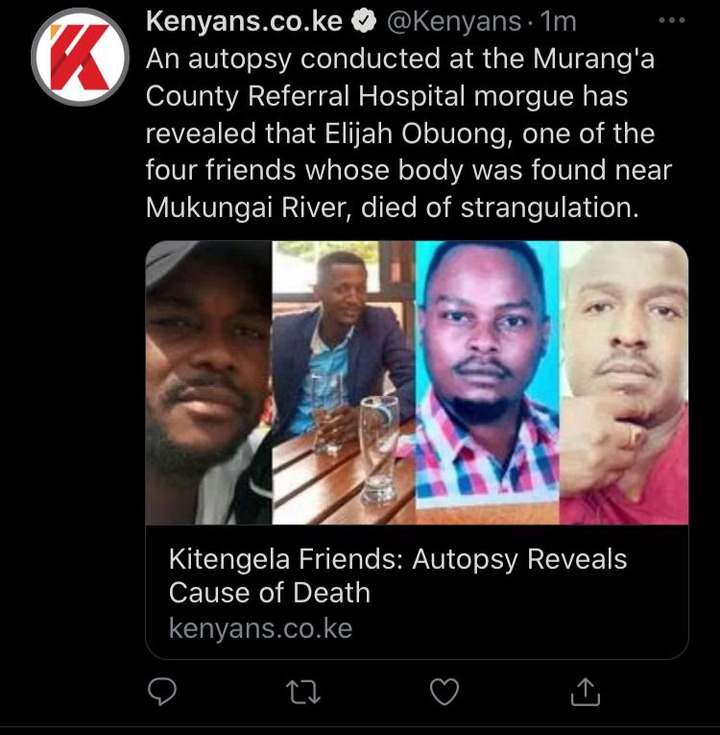 Another Heartbreaking News To Students Planning To Reopen School On Monday