A family in Embu is currently mourning the death of a 22 year old man who is reported to have killed himself after he was allegedly found dead in his room with a rope on his neck. 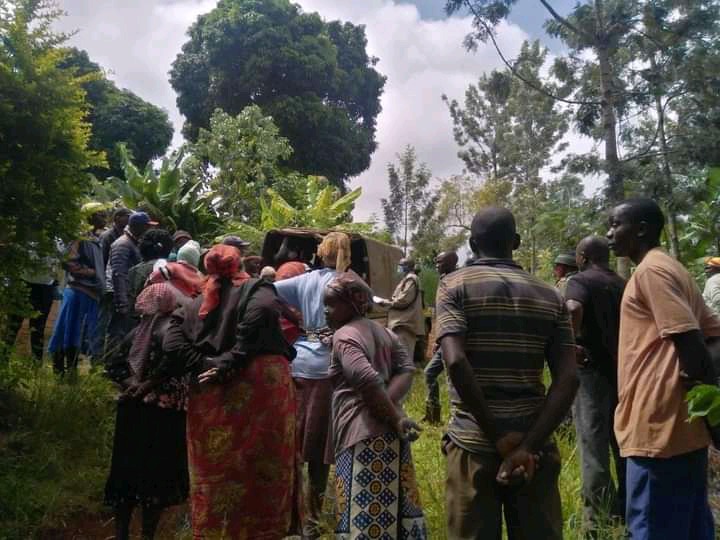 According to the reports given by the mother of the deceased, she claimed that she had gone to her son's room in order to find out why the middle-aged man had failed to collect her breakfast.

This was followed by a dramatic scene yet intense scene after the woman allegedly found the lifeless body of her 22 year old son hanging from on his ceiling with a note which revealed the motive behind the man's death.

Reports revealed from the family members of the deceased revealed that the 22 year old man had left a letter or in other words a suicide note where he stated that he was better off dead than being behind bars because of a debt her owed someone.

His death has sparked alot of mixed reactions from Kenyans who seemed to have been confused on why there was an increasing number of suicides in Kenya.

With a section of Kenyans claiming that maybe there was something more to his story, others went ahead and called upon the government to consider introducing monthly mental health sessions to educate Kenyans on how to handle certain issues. 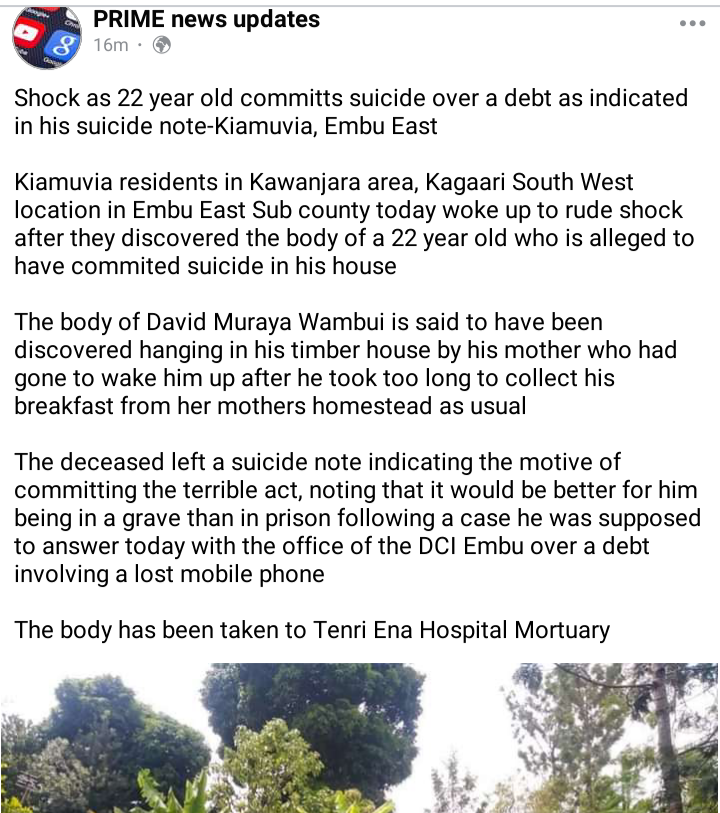 Unyama? Patient Dies Hours After Hospital Refuses Family To Donate Blood To Him

President Uhuru Jets Back To A Busy Schedule, Hold Meeting at State House