A family from Homabay Is currently mourning the untimely death of a middle-aged woman who is reported to have been Electrocuted to death while hanging her family's clothes on a line.

According to the reports given by the woman's brother in law who has been identified as Owaka Ocholla, he revealed that he was in the house before he heard the woman's children screaming and on rushing out, he was met with the shocking scene of the woman's body standing still after being Electrocuted.

While giving his statement to the police, the witness revealed that the deceased who has been identified as Pauline Achieng had been using the same rope for a while adding that it seemed like there was a power malfunctioning that might have ended up connecting itself to her line. 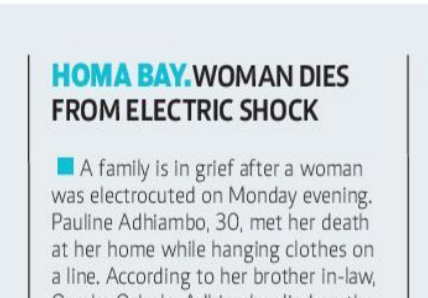 "She has been using this same line for as long as I can remember and yet nothing has ever gone wrong. I don't have a way of explaining what happened because all I know is that I came out only to find her dead after I heard her children screaming and calling for help. I think that there was a power fault that may have attached itself to the line that killed her", He said.

While reacting to this incident, their village assistant chief who responded to the incident after being alerted by one of the locals revealed that they have already spoken to the management of the Kenya power and lighting company in order to find out what happened.

The body of the deceased was later taken to the mortuary by police officers who promised to carry out an investigation in order to determine whether or not the KPLC company was at fault for the woman's death on allegations of poor connection of power in the region. 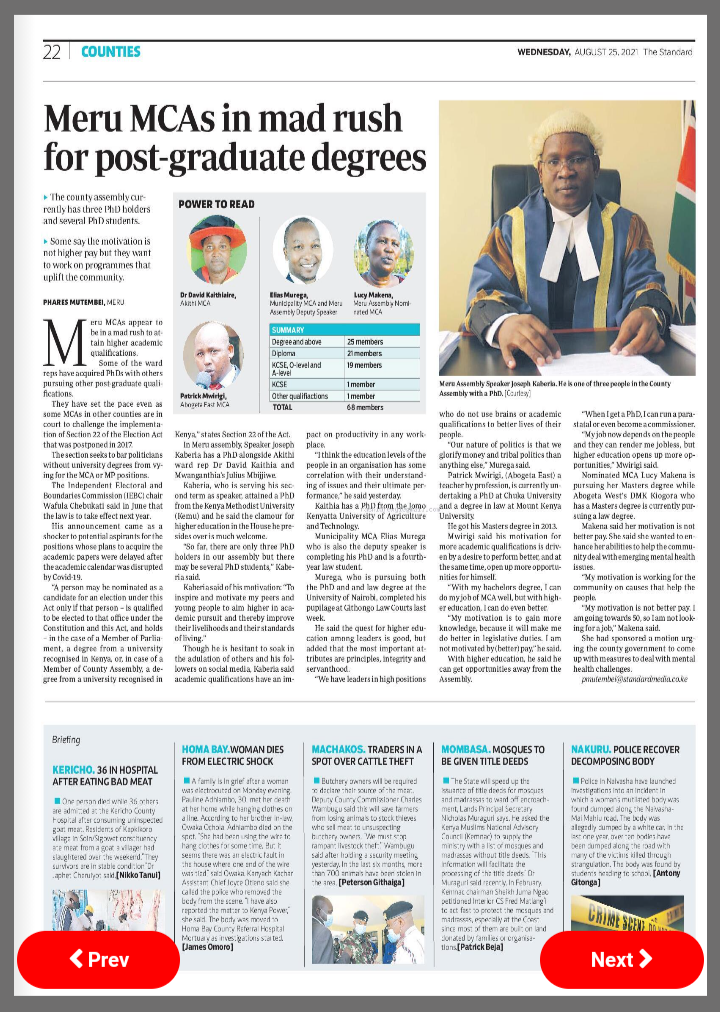