Kenyan police officers have reportedly gunned down a group of armed Thugs who are said to have been killed in a Deadly Shoot Out in Makhokho in Ikolomani area in the busy highway of Kakamega-Kisumu. 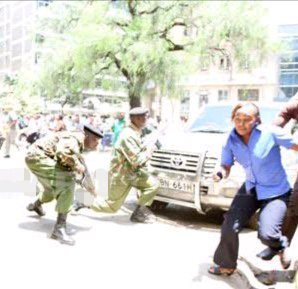 According to the reports given by a reliable source of information, it has been reported that the incident which happened on Tuesday May afternoon was carried out by a group of police officers who were m manning up security along this highway.

Reports have it that these group of thugs who had been Busted with deadly fire arms were ordered to surrender but instead retaliated by shooting at the officers who also responded swiftly killing them all without a single survivor.

In a picture that has since gone viral and is still making rounds on different social media accounts after being uploaded, a couple of phones along with several guns could be seen lying at the crime scene with reports revealing that all this had been recovered from this Thugs. 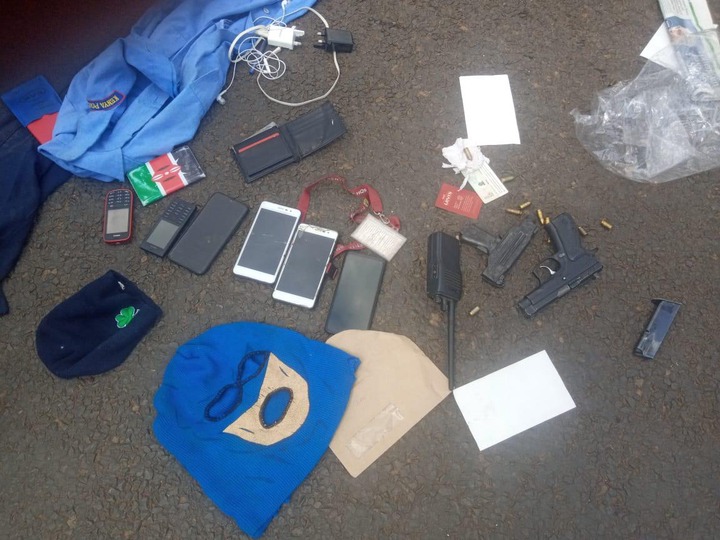 The incident has since sparked a lot of mixed reactions from Kenyans who seemed to have been confused on why there was an increasing number of criminals in Kenya in the past few months.

With a section of Kenyans claiming that maybe this was being caused by lack of employment, others went ahead and congratulated this officers for making sure that the lives of common Kenyans are not put at risk by these Thugs. 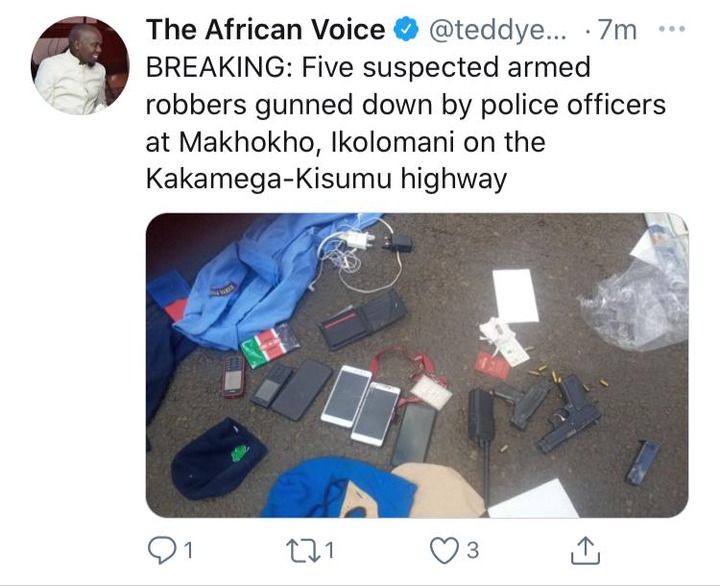