Tension As Bandits Shoot & Kill Snr. Chief in Laikipia, Police Allege What They Were Looking For

According to the reports given by a reliable source of information, it has been revealed that a Snr Police chief has been killed by Bandits in Laikipia. 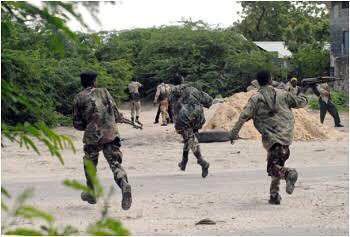 In an incident that has left several residents shocked, reports have revealed that the Suspects broke into Chief Jacob's home was ambushed by the Suspects who shot and killed the chief leaving him lying on the ground.

According to the reports given by the police, it has been revealed that the Suspects then Fled from the crime scene.

Police officers who visited the crime scene have revealed that the Deceased was shot several times by the Suspects. Additionally the suspects Allegedly left without stealing anything.

While reacting to this incident, Kenyans who took to their different social media accounts to express their opinions on the matter have called upon the government to do something about the Suspects who keep on killing People.

According to the reports given by most Kenyans, they claimed that it is so unfortunate that the government is yet to do something about the Suspects who are killing people every day yet this remains a problem. 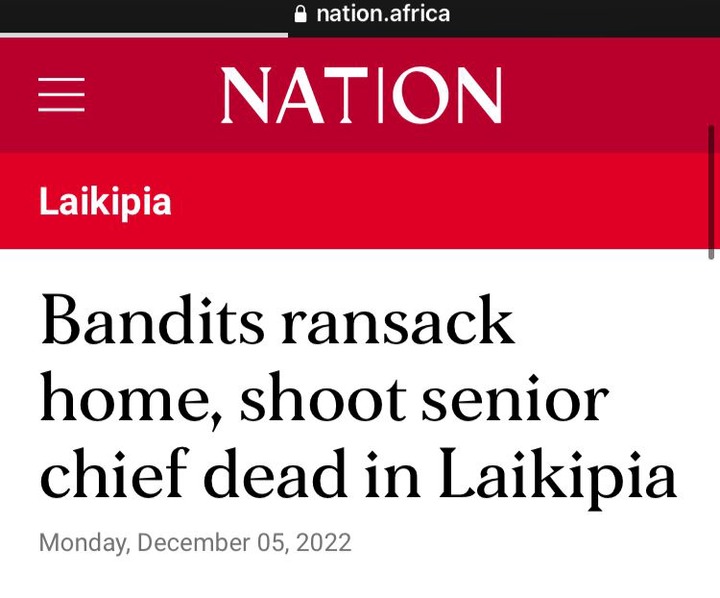