Civilians being evacuated from Azovstal steel plant in Ukraine.

By JReimstar (self media writer) | 5 months ago 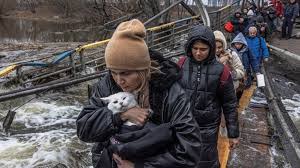 Civilians who had taken shelter in the Azovstal steelworks in Mariupol are being evacuated after the two warring sides came to an agreement. It is thought that about 1000 people had taken shelter at the plant therefore necessitating the need to evacuate them. As of Sunday afternoon on May 1, about 100 people were being led away from the plant to safety, according to reports by president Volodymyr Zelenskiy. Both Russia and Ukraine came to an agreement to evacuate the civilians with Red Cross leading the effort.

It is estimated that about 100 people aboard buses left Mariupol and were taken to the village of Bezimenne in Dontstki, located 20 miles east of Marioupol. Their arrival was witnessed by the Reuters news who confirmed their arrival. They arrived in buses which donned the Ukranian number plates and under the escort of Russian forces and UN Vehicles. Mariupol is under the tight grip of seperatists who are backed by Moscow. 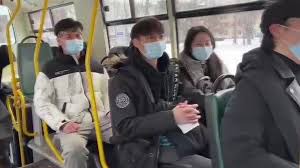 The United Nations confirmed the operation and reteriated that civilian evacuation was on course and that Russia and Ukraine were all part of it as well as the International committee of the Red Cross. However he did not delve into much details in order to protect the civilians who were already under intense pressure.

The process was announced when the House speaker Nancy Pelosi, met with the Ukranian President Volodymyr Zelensky in Kyiv. Pelosi affirmed her support and that of the United state for Ukraine amid the ongoing war. Her visit which was announced, makes her the highest-level US government official to visit the country.

It is estimated that about 1000 civilians and about 2000 soldiers had taken shelter in underground bankers and tunnels underneath the plant. The Azovstal steel works is believed to be the only part of Mariupol that has not fallen into the enemy hands. Earlier on, this weekend a senior officer under the Azov regiment in the steelworks reported that they managed to help 20 women and children to safety. "We are getting civilians out of the rubble with ropes. They are the elderly, women and children," he said. He further went on and gave a statement on his telegram channel, calling for the immediate rescue of the wounded under the steelworks: "We dont know why they are not taken away and their evacuation to the territory controlled by Ukraine is not being discussed." 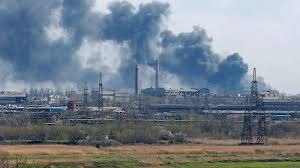 In Russia, the defence ministry gave a statement via the state news agency, Rua Novosti, saying that 46 people had been evacuated from the plant.

Antonio Guterres, had given a satement on Thursday asserting that discussion were on course to evacuate civilians held up at the Azovstal plant.

Russian Inversion has left the city of Mariupol in a deplorable state since its viewed as a strategic location which may be a threat to Crimea.

Pope Francis has come out to condemn the bombardment of Mariupol saying that "the city has been barbarously bombarded and destroyed." He said this while adressing worshippers at St Peter's Square in Rome. The pope went on to say that he agonised every moment he "thought of the suffering of the people of Ukraine, especially the elderly, the weakest and children." 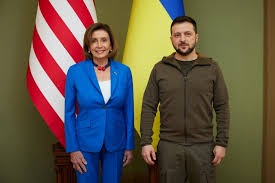 After meeting Pelosi, Zelensky went on to release a footage of him, the Us House Speaker, US House representatives Jason Crow, Jim McGovern, Gregory Meeks and Adam Schiff. In the footage, the Speaker pledges support fromt the American people until the fight is done.

Bad News to Kenyans After Oil Producers Released This Report

Remember The Man Who Killed Gaddafi, See What Happened To Him