By Faithiminza (self media writer) | 8 months ago

The police have shot two people dead in Kahawa Wendani during a protest in which residents were protesting demolition of their structures and land grabbing. 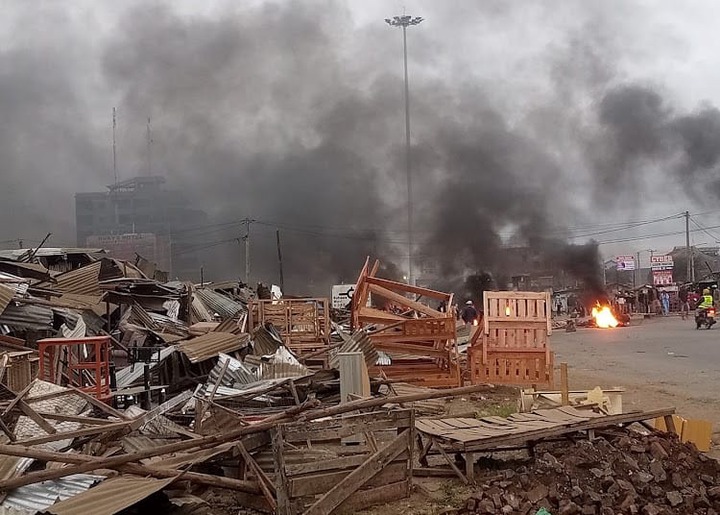 The incident happened along Kamiti Prison area where several structures were demolished and some items stolen.

The residents are protesting what they call sudden demolition as they claim that they never received notices on the same.

According to the police the people demonstrating blocked roads and at the same time it turned out to theft where by smugglers stole properties of unknown value from business people leading to great loss.

"Police used live bullets and teargas to disperse the people who were demonstrating because they had turned violent and were looting," said one of the residents

The body of the victims were carried by some demonstrators to the Morgue.

The Kiambu police boss Ali Nuno when reached for a comment, he said that the police were controlling the situation because the people had become violent over the issue.

Content created and supplied by: Faithiminza (via Opera News )