By Kenyapolitics (self media writer) | 2 months ago

Today, Police officers revealed that they recovered a G3 rifles that had been stolen some few weeks ago in Kapasi Patrol Base in Homabay County. Amongst the ammunition that was reported to had been stolen at the base included an AK47 gun, three G3 rifles and 130 rounds of bullets. 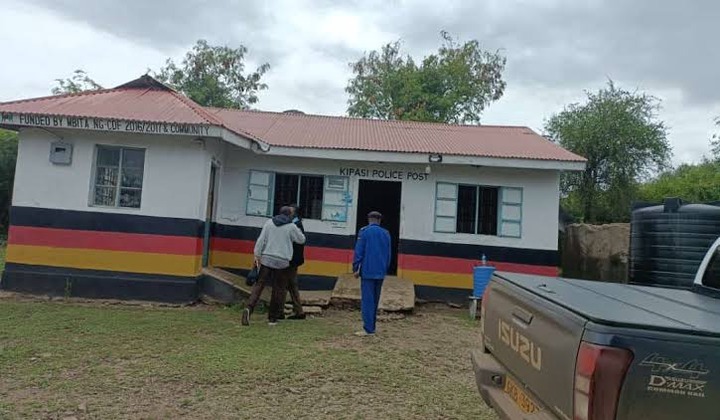 National Police Service today announced that they recovered one of the guns that were missing after they received intelligence about it. They proceeded to a homestead in Rabour Area of Kisumu County. After Conducting an extensive search of the home, police officers successfully recovered one of the G3 Rifle. 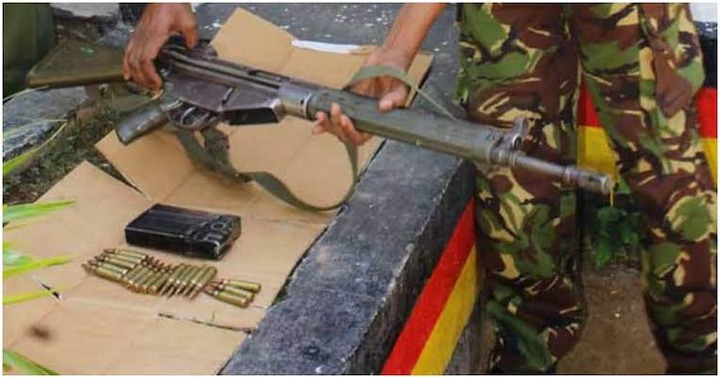 According to a post shared by the National Police Service on their twitter account, the G3 Rifle was found loaded with a magazine with 20 rounds buried in the compound. They arrested one of the male suspect. 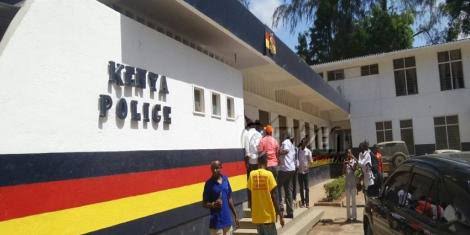 Police are currently persuing the alleged thieves who broke at the police station to steal the ammunition. https://twitter.com/NPSOfficial_KE/status/1598006426387230720?t=PGqleo7uw_VU3aQ_cm2bMw&s=19 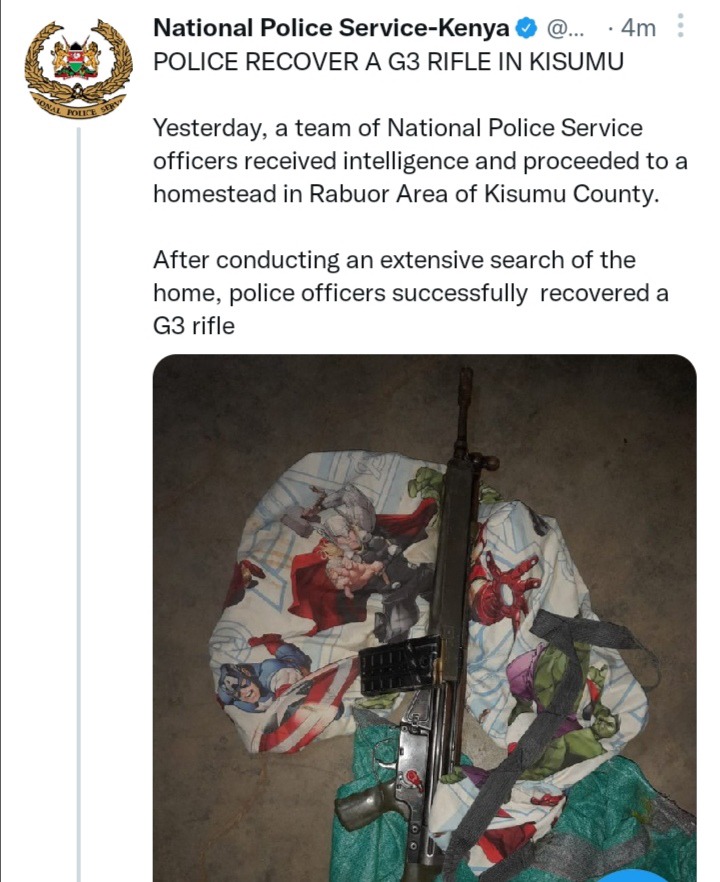 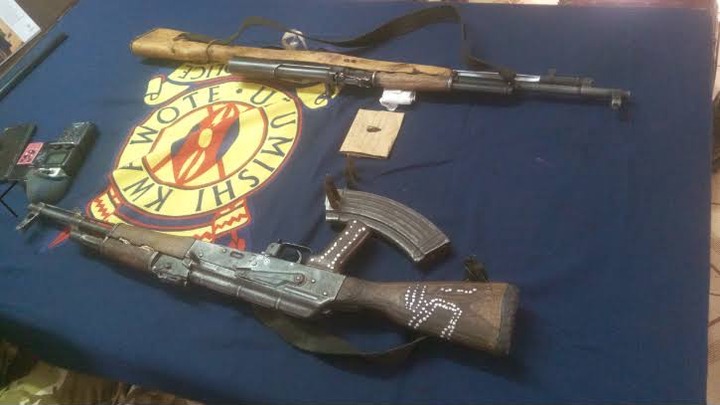 Content created and supplied by: Kenyapolitics (via Opera News )