By Abedysingoe (self media writer) | 26 days ago 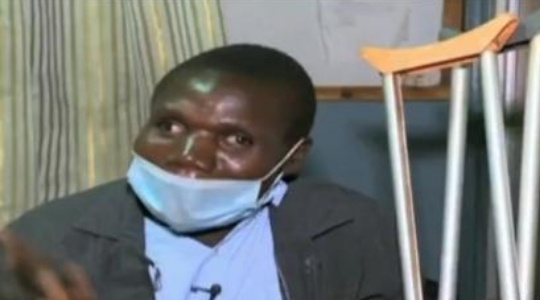 A man who went viral over his commitment to work despite having only one leg has finally received help. Stephen Chege’s video went viral showing him digging while balancing on his only will now receive a prosthetic leg after his story war aired on NTV. The story caught the attention of the Association for the Physically Disabled in Kenya (APDK). Chege was ferried from his home in Muranga to Nairobi by APDK on Thursday ,23 September for assessment and measurements taken for his prosthetic leg. According to APDK Nairobi branch manager Christine Muteti the organization was moved by his determination hence wanted to create a positive impact in his life.

"We are really pleased that we are going to put a smile on his face by getting him an artificial leg that will empower him, " she reiterated. 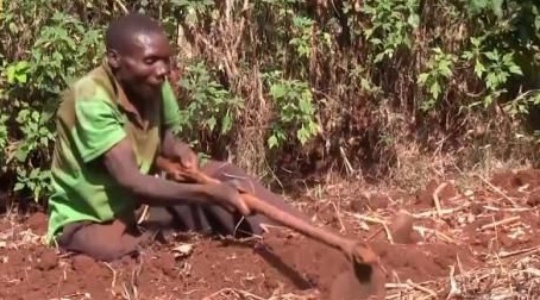 However, an assessment by the doctor revealed that he was at risk of suffering secondary disability for not using specialized equipment to move around, making him to stoop. He was therefore offered a new pair of crutches and the prosthetic leg which is expected to be ready after two weeks.

Chege was accompanied by his brother and his neighbor was in the company of his neighbor, George Njoroge, who recorded the video and his brother Emmanuel Chege. He was grateful to APDK for stepping in to help him, describing it as the best day of his life.

"I am happy because where I stay, it is as though no one really cared about me," he stated.

The 46-year-old narrated how his life changed for the worst after the amputation. He revealed that his wife left him after their baby passed away from pneumonia. Stephens trouble began as a pimple, which later grew into a wound. His leg was then amputated to prevent the further spread of the wound. 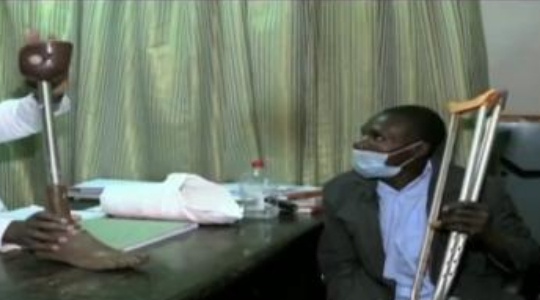 Stephen Ndicho Chege stated that he would rather work for money than begging for money on the streets.

“His leg was amputated two years ago . He asked for help anyone who could help him get artificial legs so that he can stand on his own once again”, one resident .

He said that although he works while seated his work is as good as other casual labor.

Pastor Reveals How She Was Raped For Three Days

' I Used To Beg Like A Fool And Almost Gave Up', Jalang'o Narrates How He Bagged His Beautiful Wife.