Private undercover cop, Jane Mugo has called upon the director of criminal investigations along with the director of public prosecutionon to look into the death of Mitchelle, a pupil from Kayole who is reported to have been found dead in mama Lucy hospital under unclear circumstances. 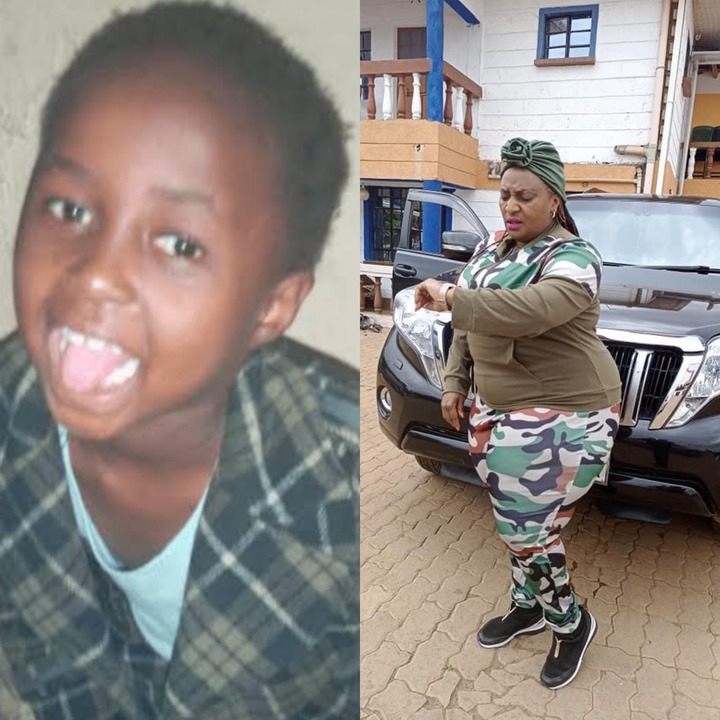 In an incident that happened several months ago, the deceased was found dead in Mama Lucy hospital a day after she was reported missing by her family members.

According to the reports given by the mother of the deceased, she claimed that she was shook after her daughter failed to get back home from school only to end up dead.

After revealing that she was going to take up this case, Undercover Cop who goes by the name of Jane Mugo has revealed that the deceased was taken to the hospital dead unlike reports by teachers who claimed that she died in hospital.

In an earlier statement given by the school management, they claimed that the deceased died in hospital after she fell ill in school. Contrary to this claims, a doctor who owns a private firm said that she advised them to take the girl to the hospital since she was already dead. 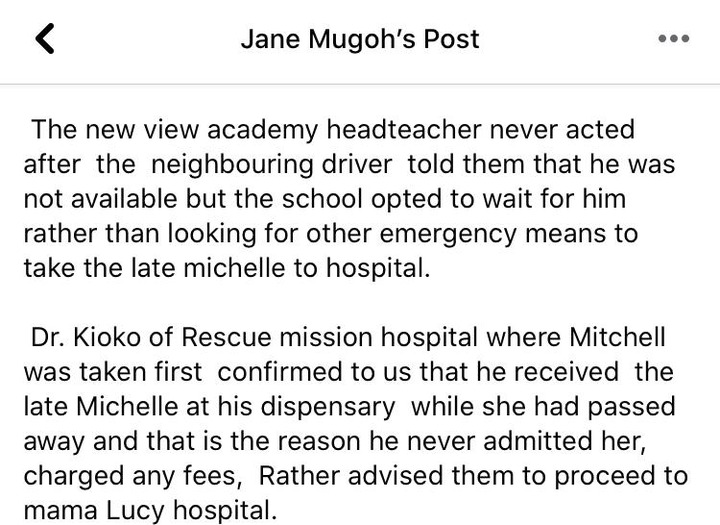 Due to this reason, Jane Mugo who claimed that the deceased might have been Murdered also revealed that the government Pathologist who has been identified as Johnson Oduor was allegedly paid fifteen thousand shillings and even after carrying out the Postmortum, he didn't give them the Autopsy results.

In conclusion, she said that she has forwarded her finding to the director of criminal investigation to look into this before things get out of hand because according to her, today it might be your neighbors child and tomorrow, hours. 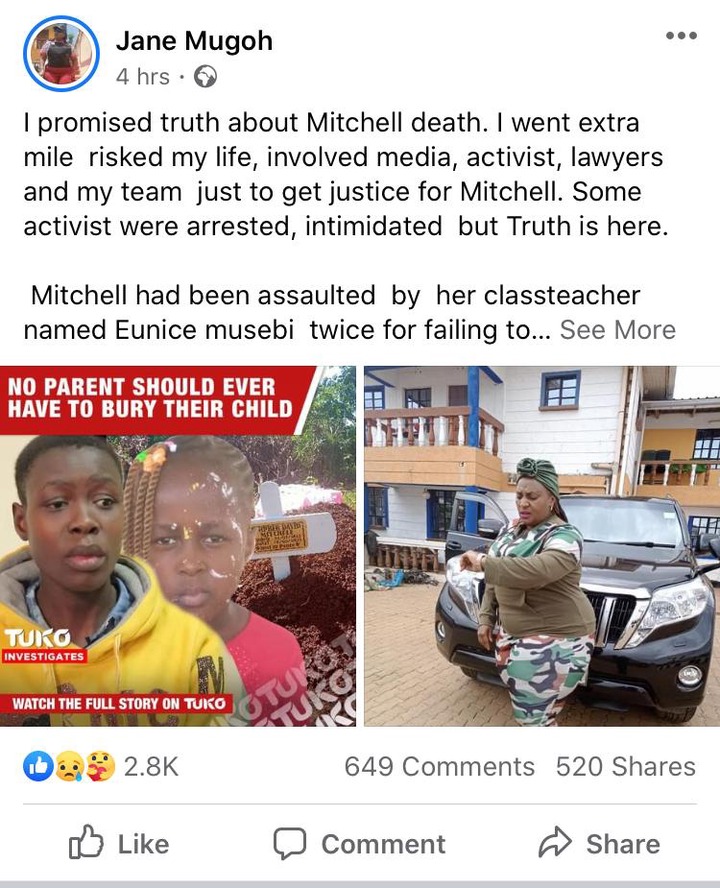