Kenyans have expressed their opinions and suggestions following an incident that happened today in Ngong after a number of residents allegedly overpowered the police after which they rushed to take pictures of William Ruto's chopper. 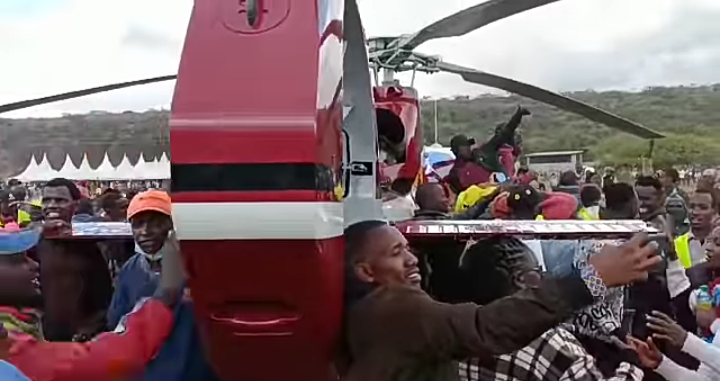 In a video that has been shared by a reliable source of information, a number of residents could be seen hopping onto Dp Ruto's chopper in attempts to take photos and selfies. According to the reports given by Citizen Television, it has been revealed that this happened after Ruto stepped out.

This is happening at the same time when the deputy president of Kenya, honorable William Ruto has called out the former prime Minister of Kenya and Orange Democratic Movement party leader, honorable Raila Odinga along with other competitors claiming that it is not okay for them to make him their topic of discussion wherever they go and instead, urged them to sell their agendas.

"I have funny competitors because it's like I'm their topic of discussion wherever i go. It's so unfortunate that instead of selling their agendas to Kenyans, they are always making their rallies about me. This is something that I don't understand and for this reason, would like to encourage them to start looking at the better side of politics and use this chance to express themselves and reveal what they are going to do to Kenyans. I'm doing the same and that's why I believe that I might win the presidency in the oncoming General elections ", Hon. William Ruto. 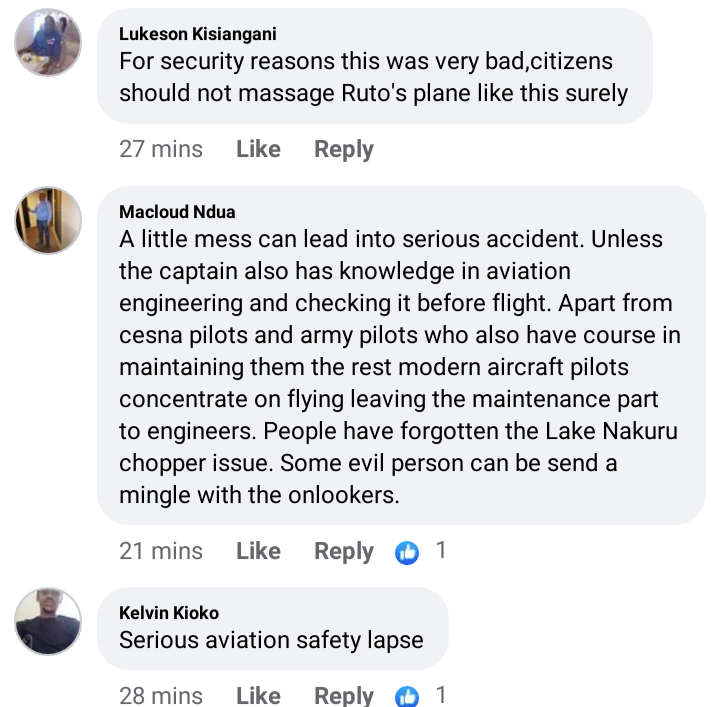 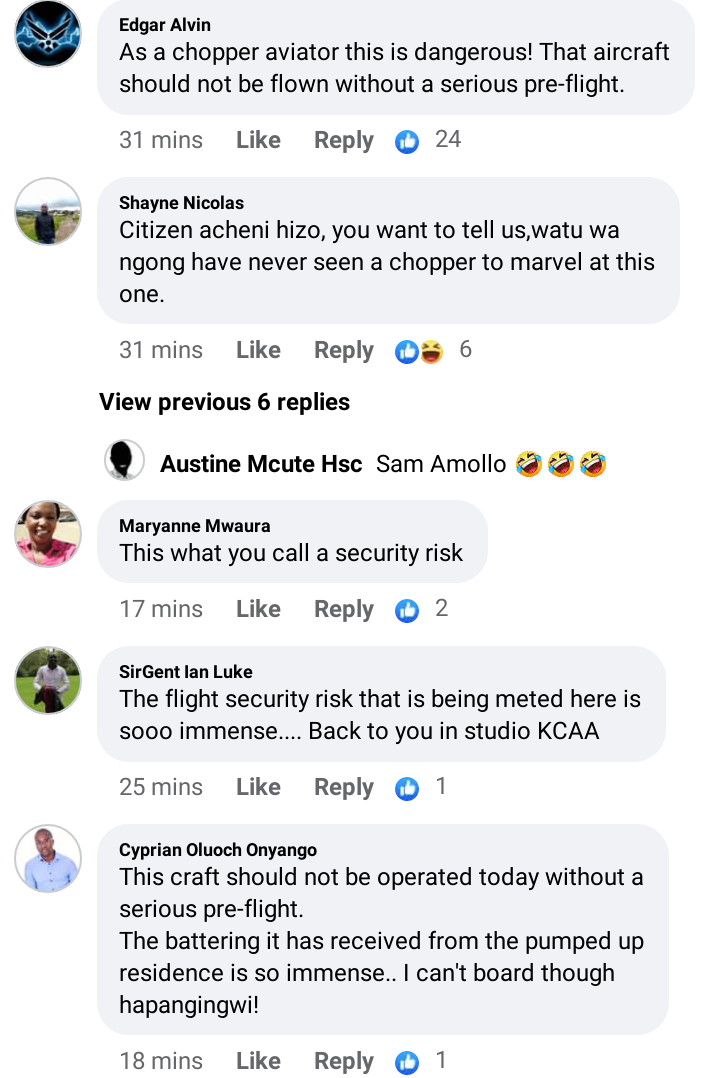 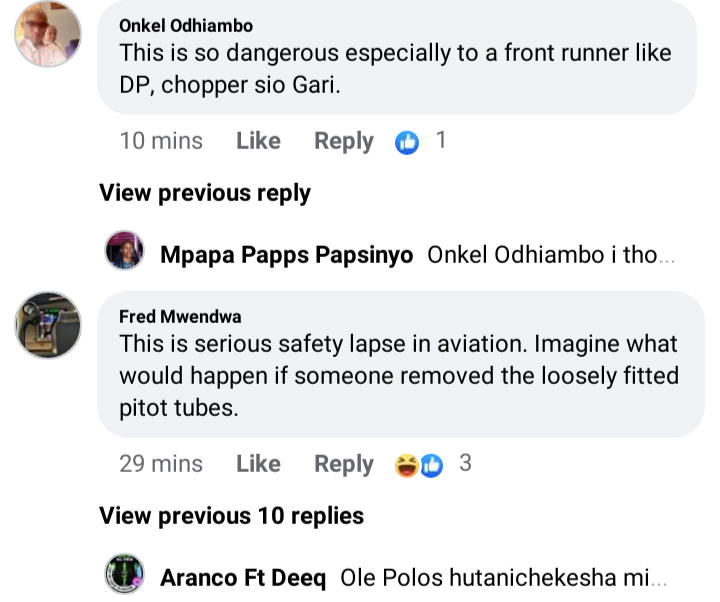 While reacting to the chopper incident, kenyans who took to their different social media accounts to express their opinions and suggestions on the matter have called out the police for allegedly putting the life of Ruto aon danger claiming that it was not safe for them to do this. 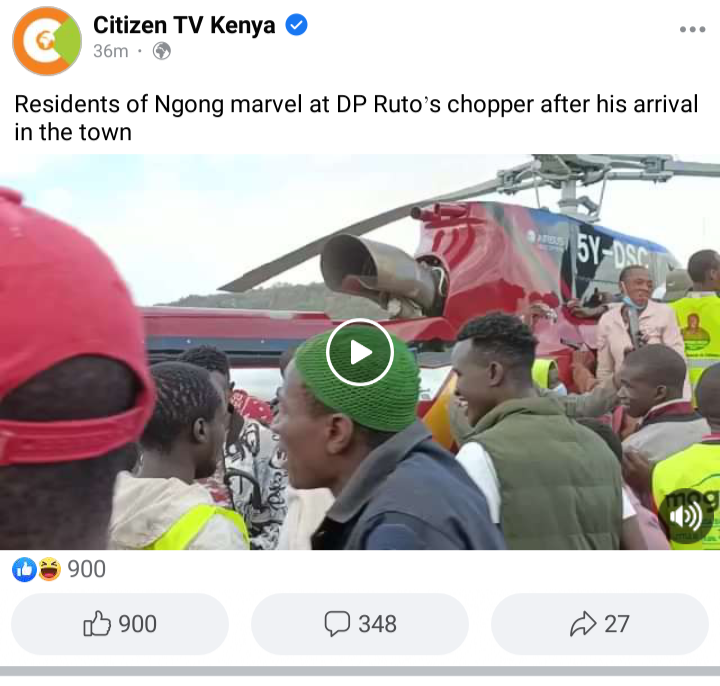