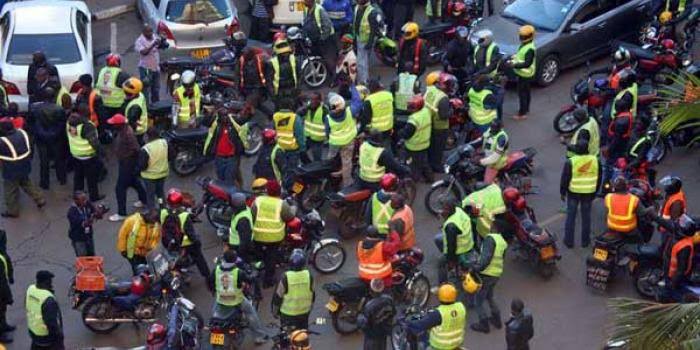 As the police continue to crack the whip on mob justice perpetrators, a woman Taxi driver in Nakuru county escaped death by a whisker after she was involved in an accident. She hit a motorbike ferrying bags of charcoal from behind and pushed it for about 30Meters landing him on a ditch, leaving him with serious injuries.

His safety helmet was crushed to pieces. He was injured on the head and legs. Witnessing the horrific scene, irate bodaboda riders rushed to the scene blocking the vehicle. They ordered her to alight as they shouted unprintable words and threats, scared she obliged begging for mercy.

Kaptembwo police station officers were alerted by a well-wisher, being a few meters away they rushed to the scene saving the woman from the charged bodaboda riders. Her vehicle was towed to the police station as the rider was rushed to Nakuru level 5 hospital. The officer present at the scene condemned the humiliation she was put through most especially because of her gender. He noted that accidents don't happen intentionally and instead of creating a scene best action to take is to save the lives of those involved.

"Accidents happen every day on our roads and taking action into your own hands is uncalled for. You all humiliated her because of her gender, this is wrong. Instead of ganging up against a person, you should rather rescue the victims," he said. 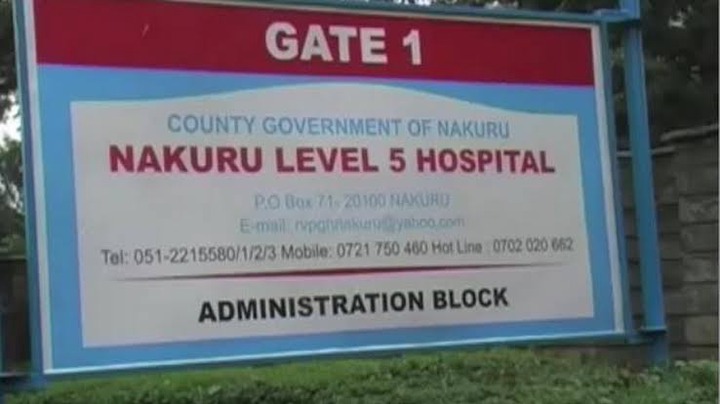 The accident happened at the gate of Nakuru West secondary school. Eyewitnesses said the taxi closely followed the motorbike and being heavily loaded it suddenly stopped thus the accident. The scattered charcoal was scrambled upon by some of the passersby.

"The bodaboda was moving very slowly, the taxi seemed impatient and was eagerly waiting for a chance to overtake, the bodaboda suddenly stopped and was hit from behind. I guess the driver panicked and instead of breaking, she accelerated," Salome narrated. 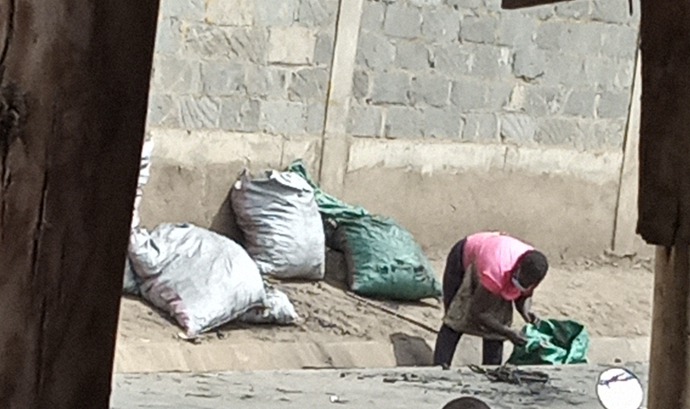 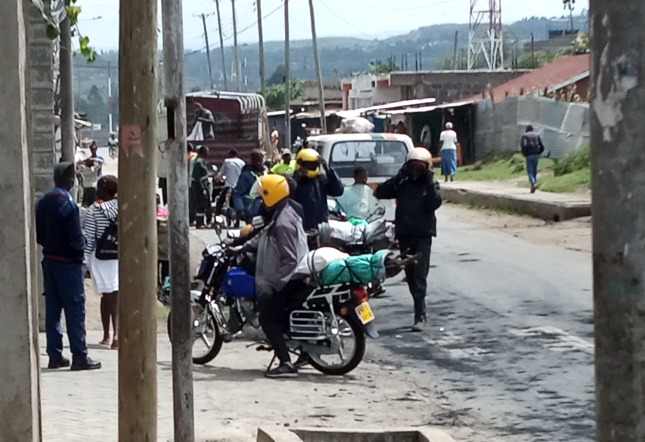