“Her Pastor Asked Her to go to The Forest Alone,” Wambua's Death Takes Another Twist

By Emmanuel-Wamalwa (self meida writer) | 10 days 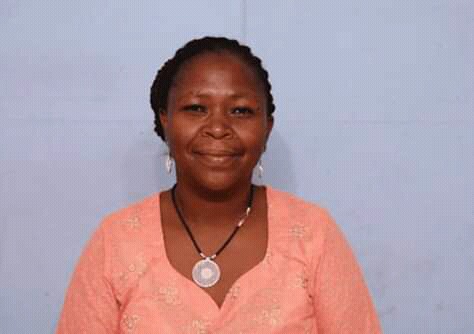 The death of the National Lands Commission (NLC) Deputy Director Jennifer Wambua has taken another twist after the detectives probing about her controversial death pulled down abduction as the cause of her death at Ngong Forest a couple of months ago.

According to the emerging reports, Wambua is reported to have been directed by her Machakos-based pastor to withdraw herself from the public and be alone in a forest, where she was directed to pray over her alleged depression. 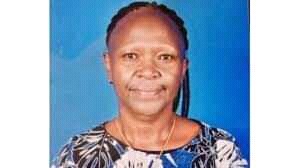 The Officers following her case, confirmed that she left her car at her working place, that’s the commissioner`s headquarters prior to her move to Ngong Forest for isolation prayers.

On Sunday, April 25, 2021 TV 47 confirmed that the detectives finalized her strange death after breaking down her phone call conversation with her pastor, linking up lines that might have paved ways for her death. 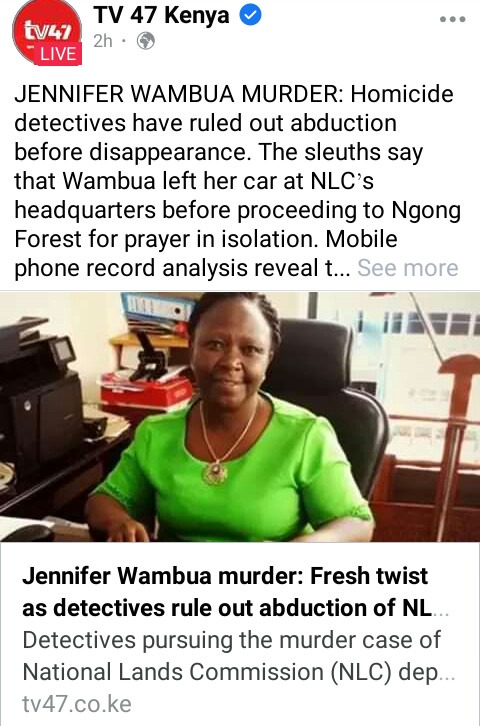 The homicide officers further added that the late Wambua met up with Peter Njenga, the latter being the major threat to her death, after she allegedly completed her prayers in the aforementioned forest.

According to the reports, Njenga is alleged to have offered the late some drinking waters before he forced himself on her and later killing her. 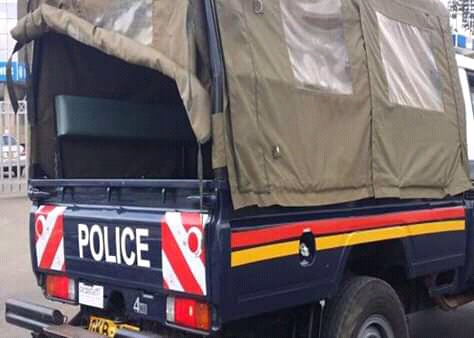 Media outlet confirmed that Njenga and some other two suspects who were identified as Sempuan David and Saitoti Benjamin are under the control of Police officers after they were reported to have been the first persons who knew the whereabouts of the late.