Police officers from Kitui have rescued a middle-aged man who is reported to have been found in the middle of an angry mob that threatened kill him after he allegedly stabbed his girlfriend three times on allegations that she refused to give him his conjugal rights. 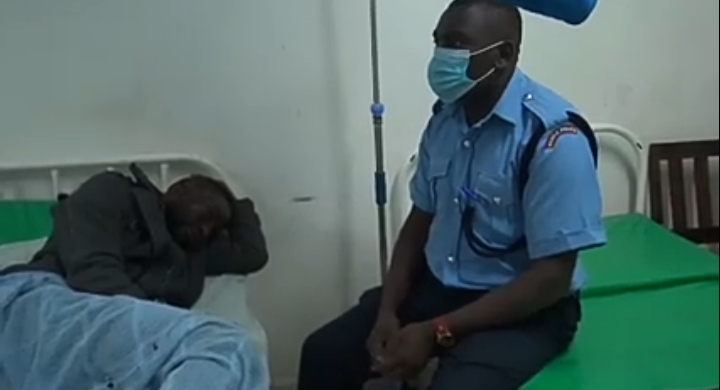 In a video that has since gone viral and is still making rounds on different social media accounts after being uploaded by different Kenyans, the middle-aged man who could be seen lying in bed is reported to have been rescued by police officers minutes after an angry mob threatened to kill him.

Reports given by one of the witnesses revealed that the suspect had allegedly stabbed the woman who is currently receiving medical treatment In one of the hospitals within the region on allegations that she refused to engage in the act with him.

The incident has since sparked a lot of mixed reactions from Kenyans who seemed to have different opinions and suggestions on the matter and on what should be done in order to reduce the number Murder which is currently on the rise in the country.

With a section of Kenyans claiming that maybe there was more to this than what was being told, others went ahead and called upon government to consider adding a more strict sentence to this kind of suspects and at the same time, introduce a mental health care system to teach Kenyans how to deal with rejections. 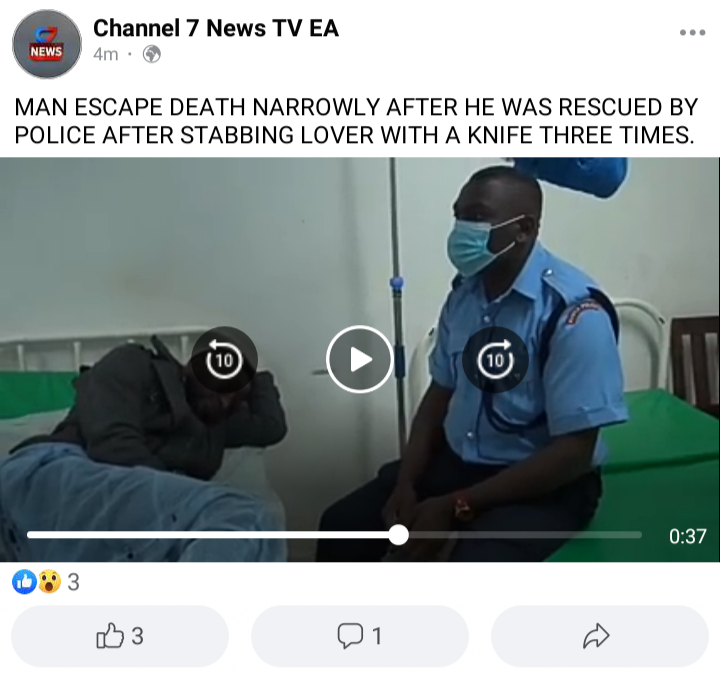