By CarolKibet (self media writer) | 2 months ago 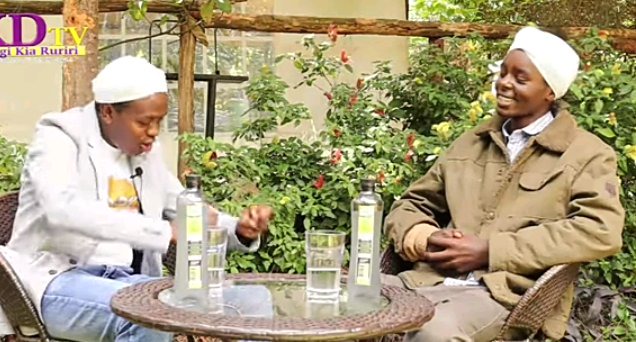 Paul Wainaina of Njoroko has described how his wife cheated on him while he was bedridden in the hospital, and how once he was discharged, she carried everything in the house and married.

Paul met his wife while working as a shoe repairman, married her, and they had one child. After a while, God blessed them and they started a hotel in Nyanyuki, and life was good.

He claims that on the day he was involved in the accident that left him bedridden in hospital, he, his wife, and their child were on their way to a fellowship that was a long distance away, and they had to use a motorcycle to get there.

Before they arrived, the boda rider mistook the road he was supposed to take, and as he was turning, a car came up behind them and hit them from behind. Paul claims that he suffered severe injuries to his hand and leg, while his wife suffered only a dislocation and the child was unharmed.

His wife was treated and the couple returned home, while he was admitted for treatment for several weeks.

He claims that neighbours who came to see him in the hospital used to tell him that a certain man was sleeping over at his house, but he didn't believe them until he was discharged and his wife told him that their marriage was finished and she was marrying another man.

Paul claims that his wife and father-in-law took everything into the house, including his shoes, and then requested him to give them fare while he was still in a chair, leaving him lying on a freezing floor.

His parents came and took him, and he claims that his mother has been caring for him. He now uses crutches to get around and thanks to God for giving him a second chance.

Four Ways To Pray Right And Get Answers From God