A Kenyan Woman who is currently working in the Middle East has called upon the Kenyan embassy to help her get back home claiming that she is receiving constant assault from her bosses in Saudi Arabia. In a post that has been shared by a reliable source of information, the woman who has only been identified as Phiona has revealed that she is currently being held against her will despite the fact that her contract allegedly expired a few months ago.

In her own words, she said that she had tried to escape and even made it to the Kenyan embassy in Saudi Arabia but was made to go back to her bosses who came for her at the embassy despite the fact that she allegedly explained what she was going through under their roof.

"They have continued to deny me food, I'm living here against my own will, my contract expired several months ago and all of my attempts to get away from this family has failed. I tried to run to our embassy but they didn't listen to my pleas. Instead, they ordered me to go back to my boss without considering that i was actually suffering", she claimed.

Due to this reason, the woman has requested kenyans to might be of any help to her to Intervene before anything happens adding that she's often beaten whenever she says anything against her bosses who are allegedly making her work with no food and at the same, no salary.

This is happening at the same time when the government is considering banning kenyans from traveling to the Middle East. In the past few months, the increasing death of kenyans in the Middle East has left the government with Alot of unanswered questions that they are currently looking into. 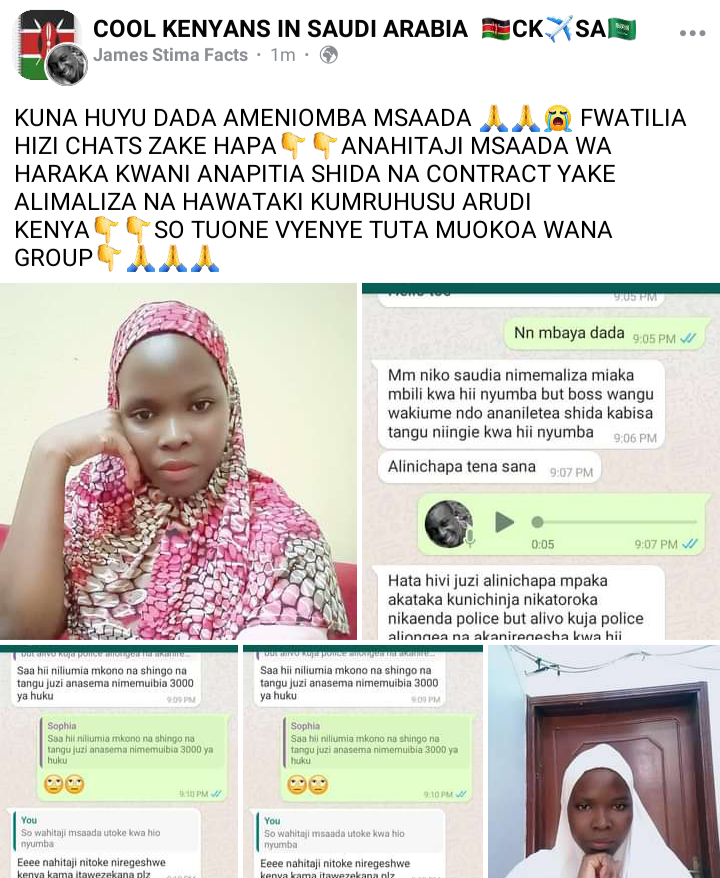