By Kokweny (self media writer) | 2 months ago 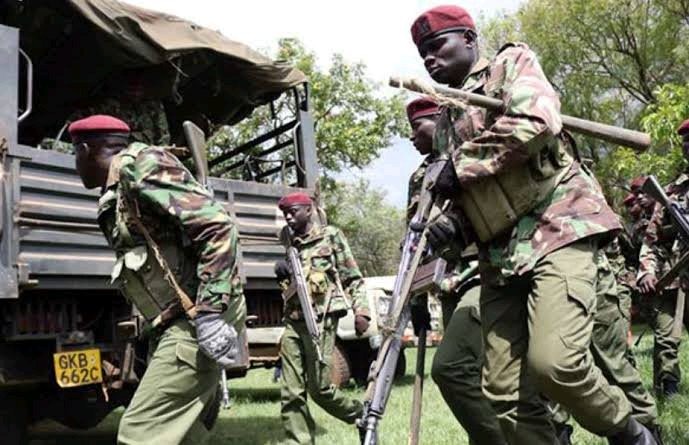 Investigators in Nakuru County are looking for five thugs they believe murdered a GSU cop from the renowned Recce squad and seriously injured his two brothers.

According to sources, a police officer assigned to the Recce Squad was killed after being attacked by armed thugs in Nakuru county's Mazembe neighborhood and suffering serious injuries.

According to a police report made public on Sunday, Harrison Onywonki and his two brothers, Hezron Onwonga and Morara Onwonga, were attacked by a group of about five armed suspects.

It has been revealed that the three attempted to fight the heavily armed Gangsters before being abandoned.

According to reports, the GSU officer died in the hospital as a result of injuries sustained during the fatal altercation.

His two brothers, on the other hand, received medical attention and were released from the hospital.

Detectives are urging Kenyans to help them find the rogue thugs responsible for the mayhem in Nakuru county. 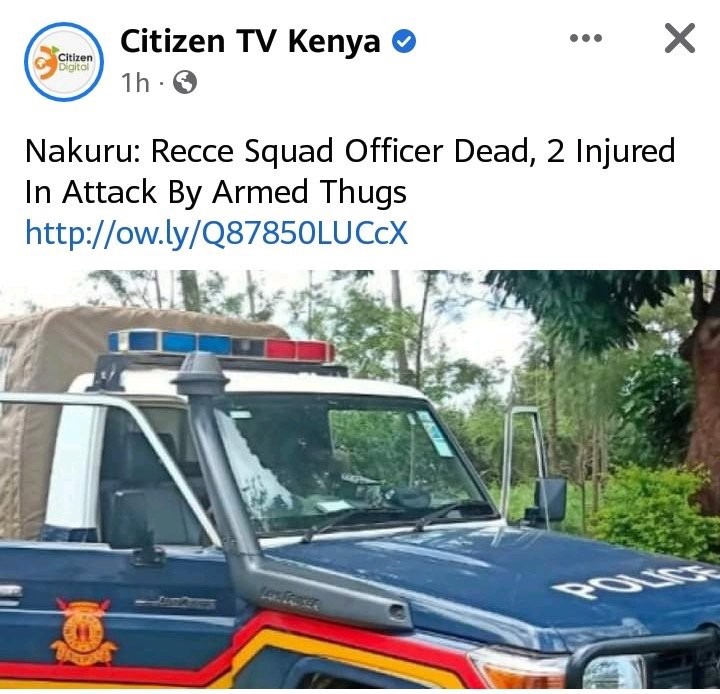 Content created and supplied by: Kokweny (via Opera News )