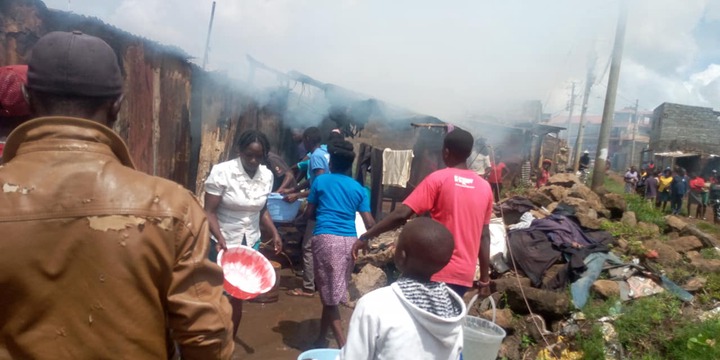 A Kiambu man has shocked his neighbours after what he did out of anger that resulted from domestic quarrels with his wife.

According to media reports this Sunday, the man who hails from Gacagi Slums within Thika in Kiambu County, set his house on fire after fallout with his wife.

The man is said to have set his mabati-house on fire after quarrelling with his wife over unnamed domestic differences. 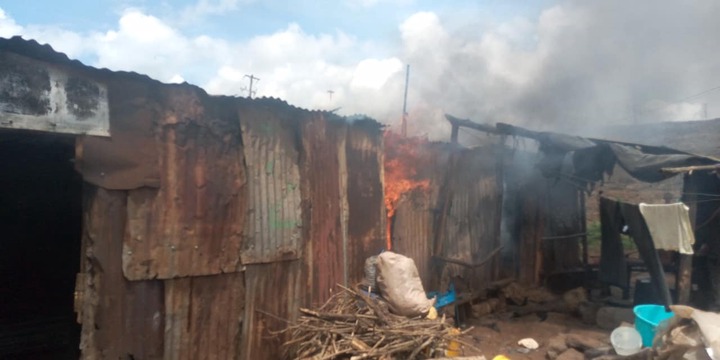 According to Thika Town Today, the man managed to flee the scene after the fire he had started wreaked havoc in the residential slum.

Fortunately, no one was injured during the incident.

It took neighbours' efforts to put out the fire before it could spread to other houses in the conjested slum. 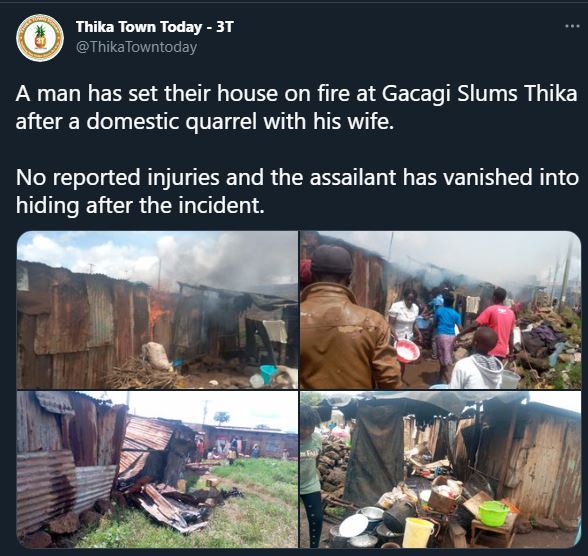 "A man has set their house on fire at Gacagi Slums Thika after a domestic quarrel with his wife. No reported injuries and the assailant has vanished into hiding after the incident," read an update from the source.