Househelp From Hell: Nanny Assaults Employer's Child While The Boss Is Away For Being Stubborn

A woman identified as Agnes Muange Ngina has landed herself in trouble after mistreating Boss' child. The woman was employed to look after a three-year old boy only to assault him by giving him sleeping pills to prevent him from waking up early and also beating him on several occasions. According to the public persecutor at the Kibera Law Courts, Ngina assaulted the boy on diverse dates between October 19 and November 12 this year in Nairobi’s Dagoretti area.

According to reports, Ngina, in the company of the boy, visited a family friend. They stayed there for some time and at some point, she went to the kitchen to cook ugali. But while at it, she noticed the boy was playing with the soil that was in a flowerpot.

She warned him against spilling the soil but the boy didn't listen to her and continued playing. Things went South when she saw the boy trying to get the soil from the floor. She rushed to the boy while armed with a cooking stick and beat him.

After a week, the friend came to pay Ngina and the minor a visit. The visitor sleep in their house only to be woken up in the morning by cries from the boy. When she went to check on them, she found Ngina smacking the boy from the back

The helpless boy could do nothing except to ask for forgiveness for waking up and not sleeping.

According to Ngina, the minor was so stubborn and always disobedient. She is said to have decided to buy and administer piriton to the boy to force him to sleep long.

The friend was forced to report the incident to the father of the boy who called the police and arrested Ngina.

While appearing before Kibera Senior Principal Magistrate Philip Mutua, Ngina denied mistreating the minor. She is being held in police custody awaiting next hearing on 1st December 2021. 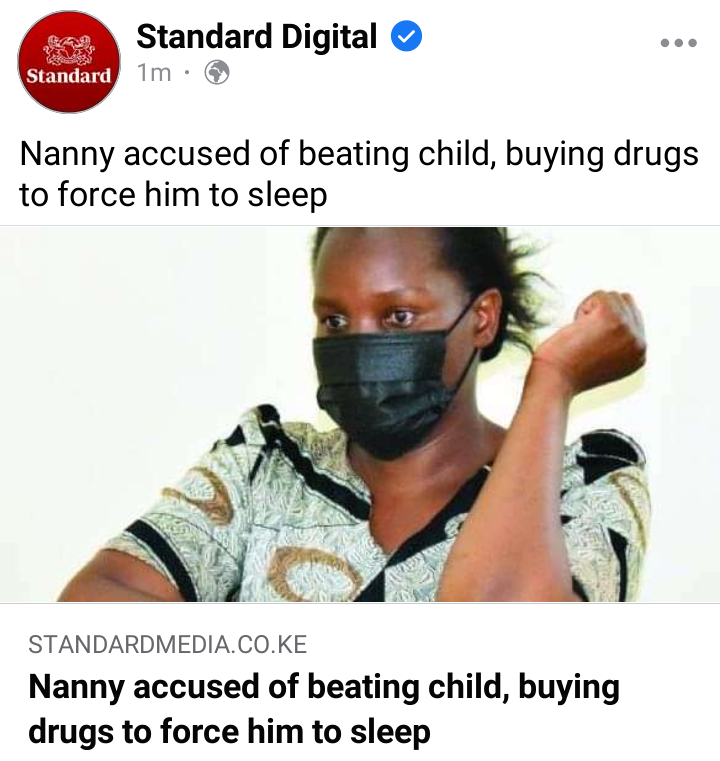