By Leslie_Blogger (self media writer) | 5 months ago 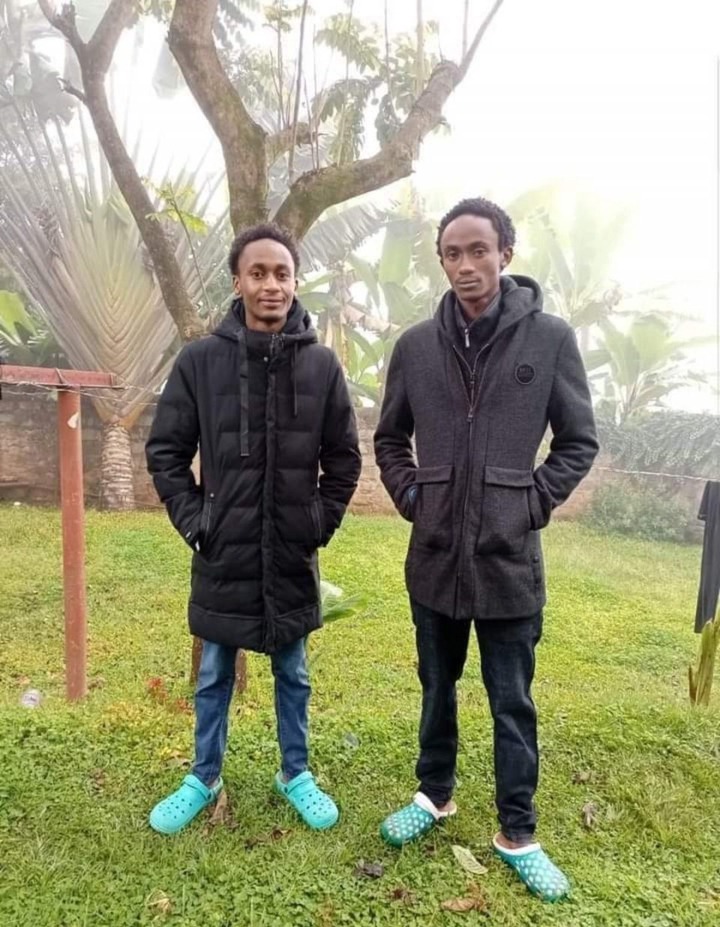 The duo succumbed after being in police custody and Kenyans want those involved to be prosecuted as soon as possible but the process is taking ages. 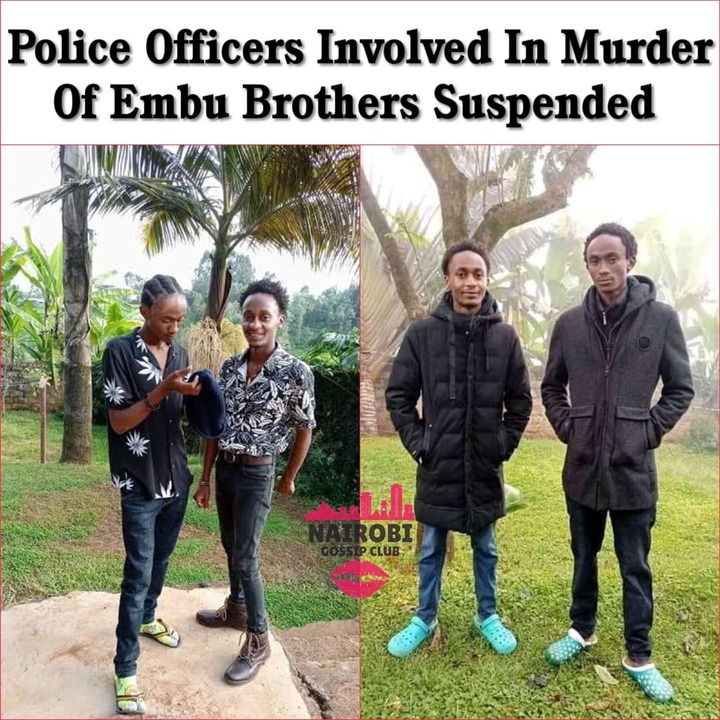 Police Inspector General Hilary Mutyambai took to his official social media account and posted a statement about the matter but Kenyans are not happy.

''My sincere condolences to the Kianjokama family. IPOA has concluded investigations on the matter and forwarded the file to the DPP for action.

''Meanwhile, all the officers have been suspended with immediate effect to pave way for prosecution.'' IG Mutyambai posted on his official Twitter account. 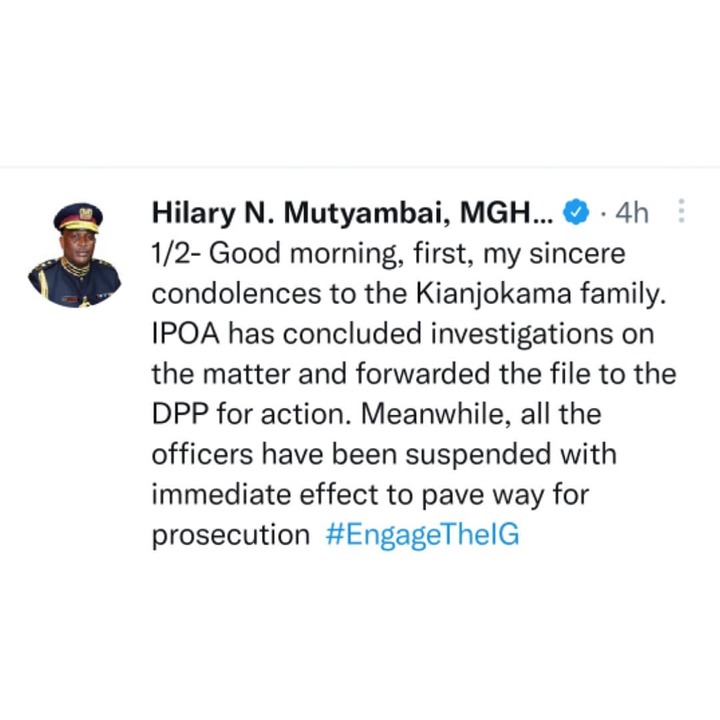 Netizens led mainly by the youth do not seem to like this report as they have repeatedly demanded for justice.

They stated that suspension of the officers from their work is not enough as they should be fired and prosecuted immediately.

Kenyans had the following to say about the statement posted by Police IG Mutyambai.

Patoca, ''They should be jailed not suspended.''

Jacky Nade, ''This is not fair at all to the family, friends and all Kenyans 😢😢. We have lost two very young lives, they should be facing the full force of the law.'' 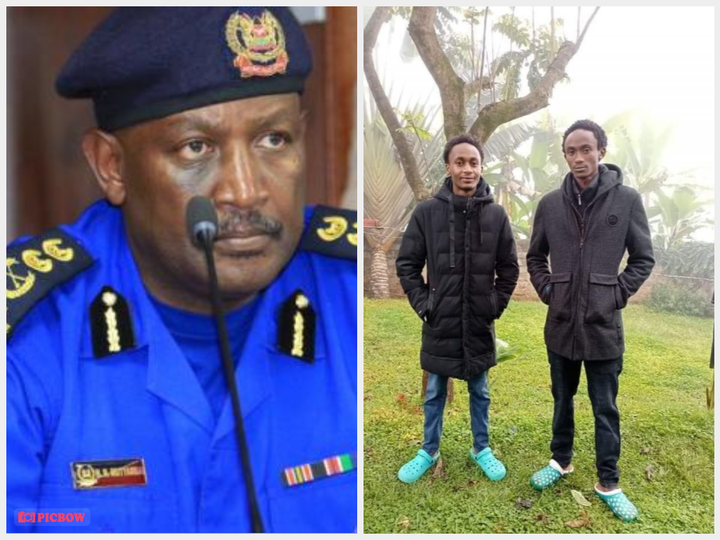 Benduda, ''We don’t need suspension we need them charged and imprisoned 🤦🏽‍♂️.''

Content created and supplied by: Leslie_Blogger (via Opera News )