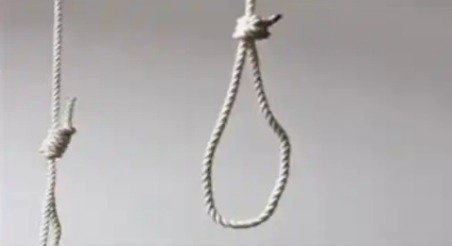 A prison officer has shot himself dead at Kisumu Maximum Prison famously known as Kodiaga on Wednesday night.

The occurrence believed to be suicidal happened at about 11.15 pm. The male officer allegedly shot himself in the head at the main wall of the prison.

Sources indicated that the officer in the rank of constable has been stressed for some time.

The officer was inducted in Kenya Prison Service in 2007.

The body has been taken to Jaramogi Oginga Odinga Teaching and Referral Hospital mortuary.

This comes barely 9 months after another similar incident occurred when a Nairobi Remand Prison Warder Felix Kiprono fatally shot himself while guarding the facility’s observatory.

Staff at the remand prison said they heard and noted gunshots, originally suspecting that the building was under invasion.

They later found out that the superintendent had committed suicide.

The warder had displayed clues that he was ‘unhappy’ with the deployment to the patrol though he did not raise an accepted objection.

December 2021, there is an officer identified by the name Imbatu who stepped out with his gun blazing and felled five other people including two bodaboda riders and his neighbours in different locations near the house.

“He went on a shooting spree pursuing his targets far away from the house,” said a neighbour Jane Wanjiru who hid in her house.

The locals would later lit bonfires at the scene where some of the victims died asking to be told how it happened.

“We have been told the officer had mental issues. Why was he at work?” asked one local?

“We do not know the motive of the incident but we have lost seven people including the officer who died by suicide,” said Wahome.