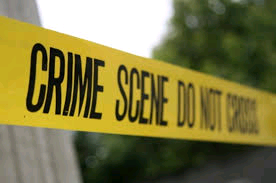 A 49-year-old man in Nairobi County on Monday afternoon stabbed his wife to death before committing suicide over domestic squabbles.

The lifeless bodies of Kevin Ojwang, 49, together with Jessica Ojwang, 35, were recovered by their neighbours inside their bedroom which was locked from inside.

According to a police report obtained by the press, the lifeless body of the woman was found on the bed, with multiple stubbed wounds on her privates parts and abdomen. 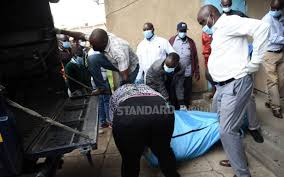 Also, the man’s body, was found under the bed with a manila rope tied around his neck.

Witnesses accounts revealed that the duo had argued and fought before the unfortunate incident happened.

Also recovered from the scene was used kitchen stained with red blood and two handkerchiefs used in wiping the red blood.

Police said blood spills scattered around the floor and the bed.

A neighbour who spoke to the press on condition of anonymity said Ojwang had last week Thursday vowed to commit suicide over domestic squabbles he had with his sweetheart.

The bodies of the two were moved to Nairobi County City mortuary for postmortem pending police investigations on the matter. 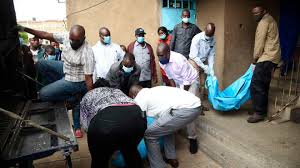