Police officers from Kajiado are currently holding a man hostage after he allegedly walked into the police station after which he confessed to killing a first year student who he allegedly stabbed to death for unknown reasons. 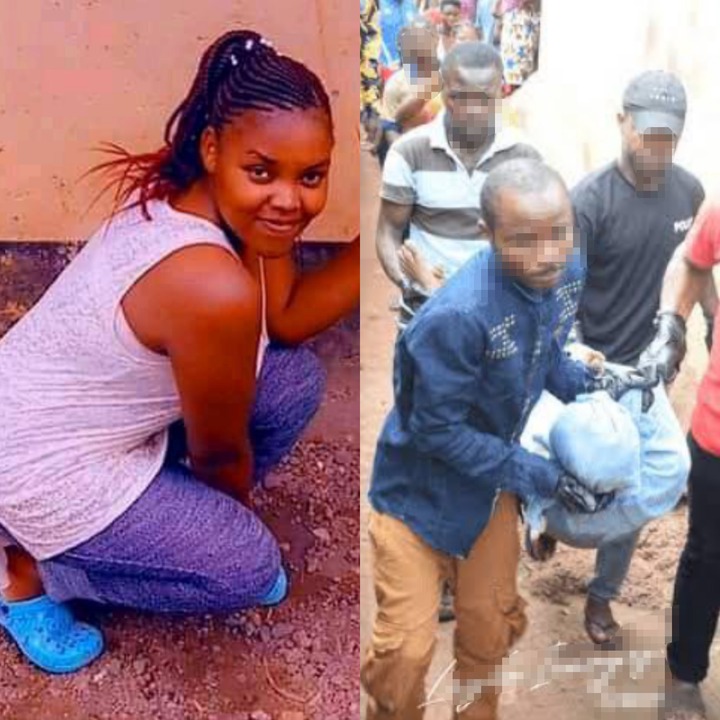 In a news report that has been shared by a reliable source of information, it has been revealed that the deceased who has been identified as Miriam Chirchir who is a medical student was allegedly found dead by police officers who had gone to confirm whether or not the man's claims were true.

According to the reports given by the university management, it has been revealed that the suspect who has also been identified as Samson Kipkprir had gone to the woman's hostel to discuss unknown issues. However things went wrong or rather got physical after which the man pulled out a knife, stabbed her several times leaving her for dead.

The suspect later walked out and immediately went to the police station to confess his crime after which he was arrested moments after officers confirmed his claims.

Expressing his fear and concerns on this incidents, the directorate of criminal investigations have called upon kenyans wanting them to make sure they stay from toxic relationships. According to the DCIs, they urged kenyans to find alternative ways of solving their misunderstandings. 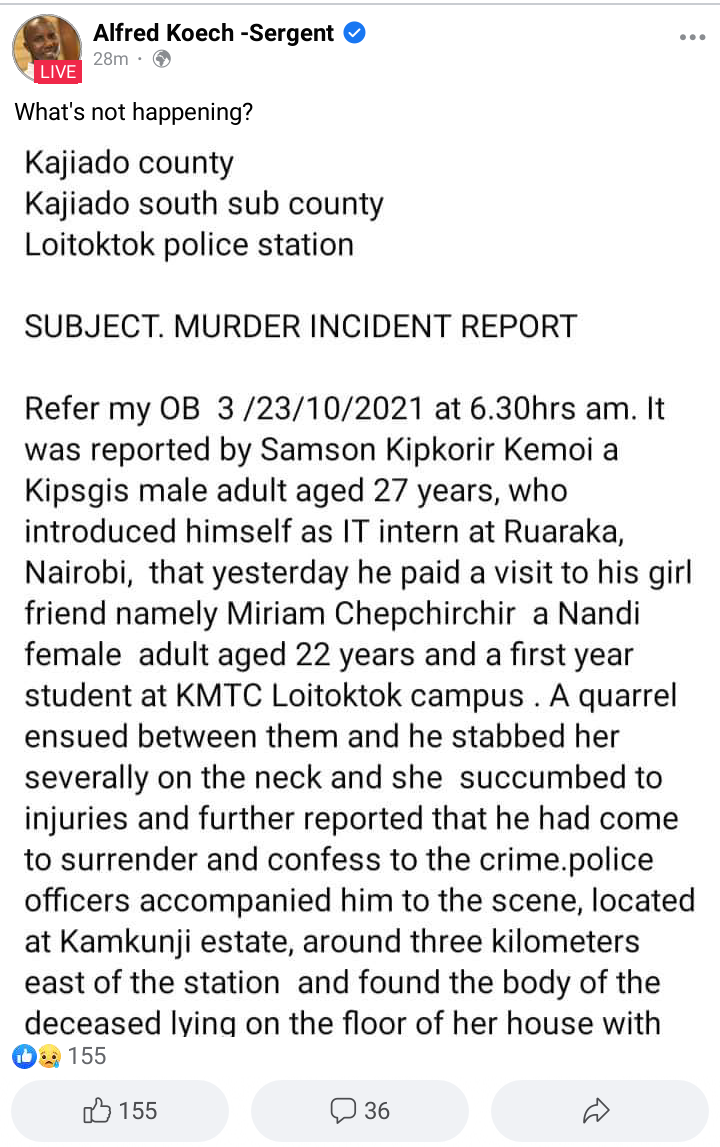 While reacting to this incident, kenyans who took to their different social media accounts to express their fear and concerns after the incident have called upon the government to consider adding more police officers to secure universities in order to reduce the increasing cases of students who are being murdered in schools.

According to the reports given by most Kenyans, they claimed that this was the only way in which the government was going to get rid of all the murder incidents where unknown people walk into a school, Stab a student to death before walking away.

Ruto Rudely Interrupts Section of Supporters, Warns Them Against Commotion