By Numeric_Updates (self media writer) | 2 months ago

Kevin Kipyegon with a grave in a collage. a photomontage of a grave and Kevin Kipygon.

On July 14, according to NTV Police in Barut, Nakuru County a suspect was shot and killed next to his mother grave fulfilling his final desire.

Kevin Kipyegon uncle Stanley Bise said in an NTV exposé on Sunday, December 4, that his nephew made the request after realizing he had no chance of surviving.

On the grounds that they had attacked a team of officers patrolling the area police shot and killed four suspects including Kevin.

Kevin begged them to kill him insisting that if they were going to do it they should at least do it close to his mother's grave. He was executed after they granted the request according to Bise.

The bereaved uncle insisted that the deceased and his older brother Dennis Kipchirchir were unarmed when they were taken from their home and killed.

He claimed that the people who attacked the police would have been outside and not in the homes of the boys proving that they were innocent.

According to a pathologist's autopsy report Kevin and Dennis suffered multiple gunshot wounds to the head and chest before passing away.

According to Kulungu research the four men who ranged in age from 16 to 23 had no chance of surviving because of the precise location of their entry and exit wounds. 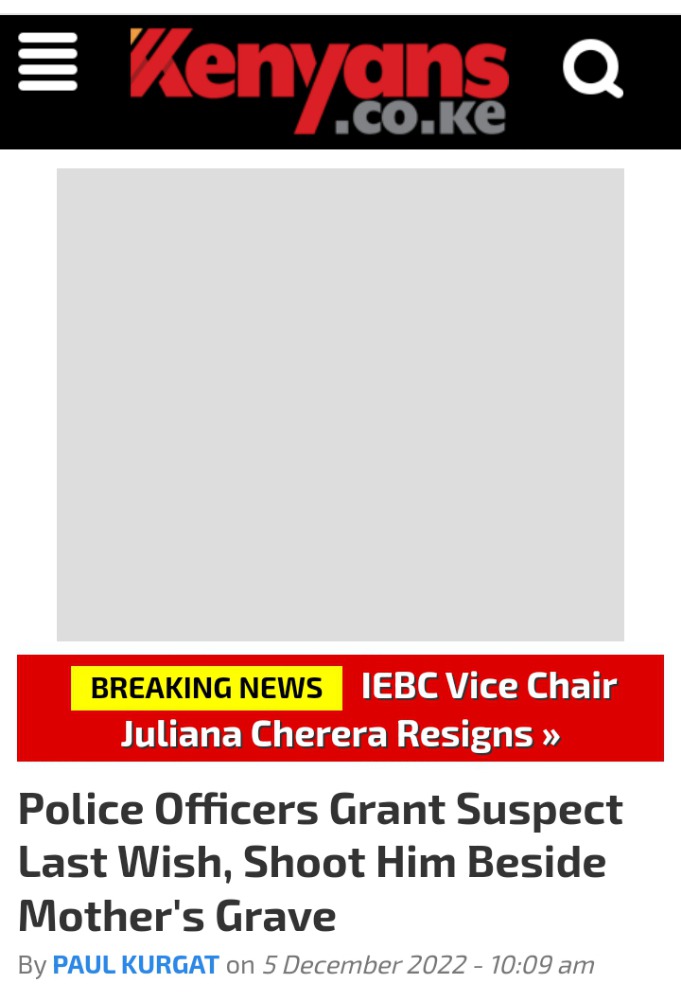