Agnes Tirop; CCTV footage showed that her husband was present at the murder scene of the athlete.

By Mouseandsnacks (self media writer) | 2 months ago 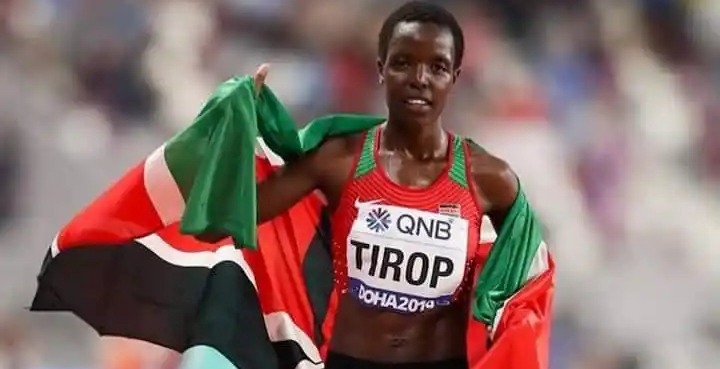 CCTV footage has revealed that the husband of the late athlete Agnes Tirop, Ibrahim Rotich is the main suspect in the star's murder.

CCTV footage showed that her husband was present at the murder scene of the athlete.

The footage showed that the suspect was at the crime scene in his Iten home on the day Tirop was brutally killed. According to DCIO Andolo Munga of Keiyo North sub-county, CCTV footage revealed that the athlete was killed on Tuesday afternoon, October 12, 2021.

"CCTV footage is self-explanatory after a professional analysis. It contains all the evidence of the incident and the actual act. We believe we have a case here and now we will continue with the charges, "said the detective.

It was reported that Rotich had been detained for 20 days to allow police to complete an investigation into his alleged involvement in the murder of the athlete. The court ordered that the accused be detained at the Railways Police Station in Eldoret.

Tirop was found dead on Wednesday morning, October 13, with stab wounds on the neck and abdomen at his home in Iten, Elgeyo Marakwet County. Her husband, who disappeared after the incident, was arrested on Thursday night, October 14, in Changamwe, Mombasa.

The Criminal Investigation Department said Rotich hit his car on a truck in the Mlolongo area, along Mombasa Road, as he was trying to escape arrest.

Content created and supplied by: Mouseandsnacks (via Opera News )