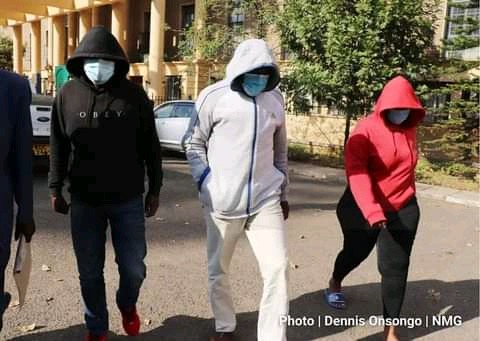 On Friday, the suspect through their lawyer Danstan Omari allegedly said, Wanjala escaped due to lack of electricity in the cell.

The officers, declined and distanced themselves from claims that they collided with suspect to achieve a successful escape. 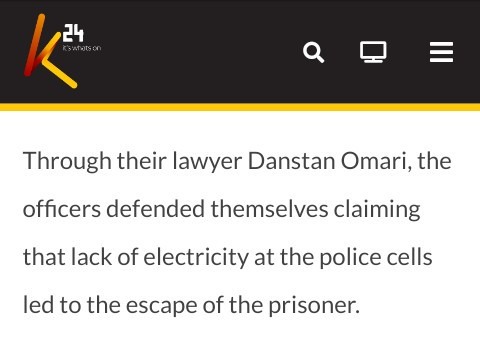 “The officer defended themselves claiming that lack of electricity at the police cells led to escape of the prisoner,” K24 TV publication reads

As this was published, This Writer has also established the three prime suspects have been released at bond of Sh. 100,000 each.

However, Magistrate Jane Kamau directed the trio Philip Mbithi, Boniface Mutuma and Precious Mwinzi to be reporting to investigating officer daily for the next Seven (7) days at 9:30 am.

Also, in her ruling, Jane asked the state and other relevant agencies to combine efforts for probe to reach bottom of the matter.

As officer appeared before the magistrate, news hit headlines that the killer [Wanjala] was hacked to death by mob in Kabuchai, Bungoma county.