By advanced (self media writer) | 1 month ago

Nine months ago, the story of a 21-year-old young Rwandan man was aired on the country's Afrimax television.

Nsazamine Elie who comes from southern Rwanda was nicknamed gorilla and sometimes monkey because of his appearance. 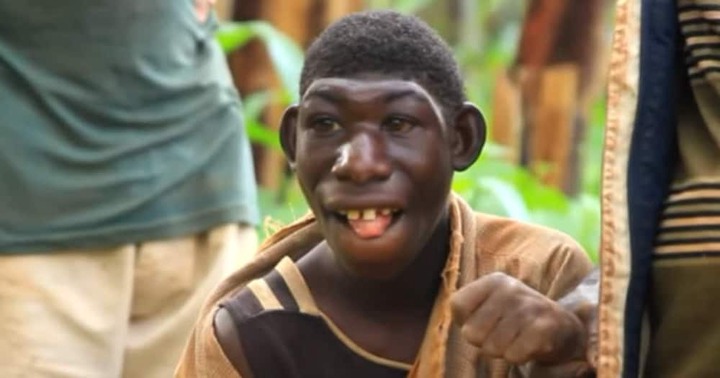 Elie nine months ago when he used to live in the jungle. Photo: Afrimax TV

Through media interviews his mom said that he was the only hope of her prayer after giving up hope of ever getting children, this is after she lost her first five children.

"Elie is my sixth child. His five brothers and sisters have all died. After the death of his elders, we were desperate. We prayed to God to get another kid and fortunately, we were blessed with Nsazamine. Now I cherish him as heaven's gift from God and love him unconditionally." his mom said 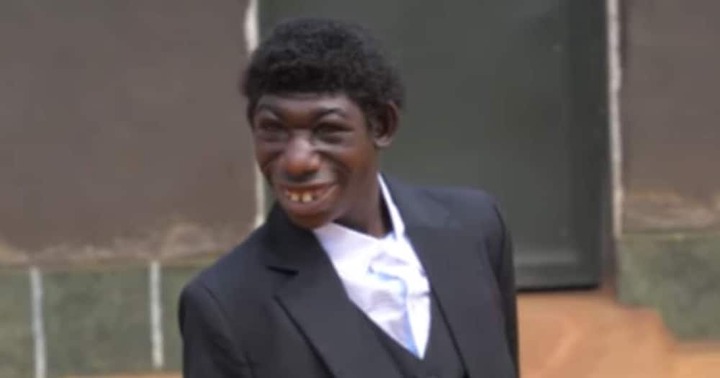 After his birth, his mom knew that he would be different because he had an abnormally small head and facial features, and true to her words that child was discovered to be nonverbal and had learning difficulties.

His story has now changed months later after his story was aired and attracted massive support. well-wishers built for them a house and furnished it.

Elie won many people's hearts and is a superstar who roles in different suites and designer clothes.

He is now enrolled in school and is learning how to stay with people after spending a lot of time in the forest.

Fear After Famous Musician Sends a Disturbing Message Before Vanishing