By TheInformer (self media writer) | 6 months ago

Most accidents usually occur naturally while others are caused by human errors. There are those which are caused by people who want to perform some stunts only to end up Injuring themselves and destroying their expensive vehicles. 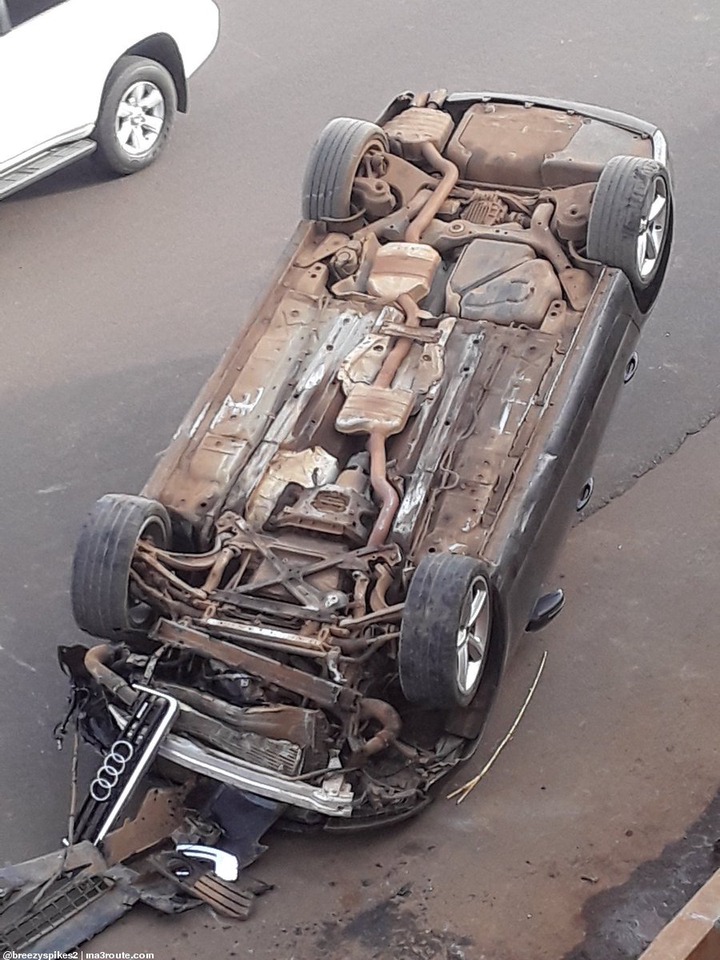 For instance, a man has attracted some public attention after allegedly destroying his car intentionally. The incident is reported to have happened at Western bypass after a man out of nowhere decided to perform some stunts which did not end well.

It reported that he stationed his Audi vehicle on the edge of the road and then put into a drive before deliberately pushing it over the road. It was a sad incident since the vehicle overturned and the man did not achieve what he wanted. It still not clear on what happened to the man later but it was evident that the car was already destroyed. 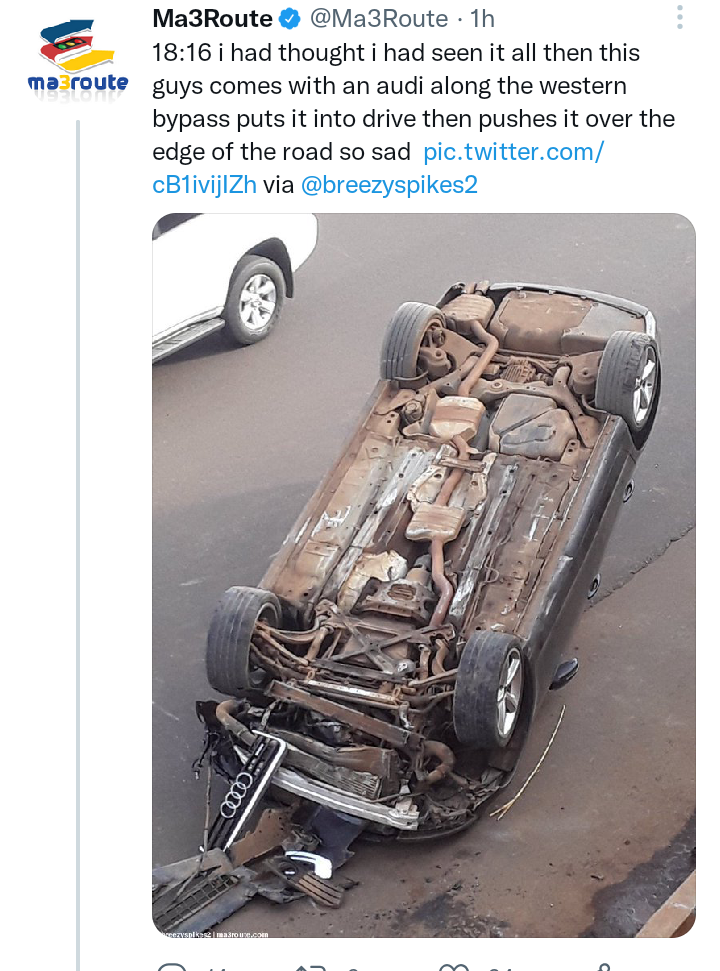 Kenyans now claim that the man might have been depressed with some issues which he didn't want to open up to other people. Others claimed that the man probably wanted a new car and he had to that to compel insurance to pay which according to them, it would be very hard.