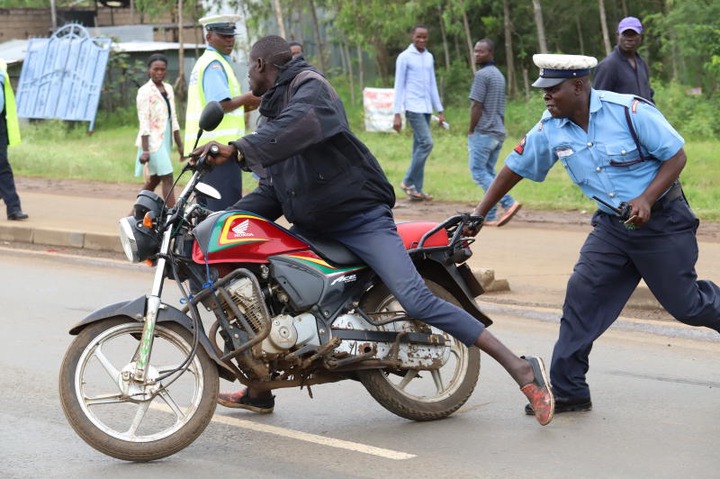 Cases of the riders being attacked and killed have become common. This is the other side of boda boda riders' lives that is rarely talked about.

According to Isaac Ashiundu, a rider, he was approached by a customer who ended up assaulting him.

"Last month at a nightclub in Kakamega town, I was approached by a customer who wanted to go to Turambi. It was about 9pm. It wasn't until we got to Lurambi that two of his friends came out from the dark ness, beat me up and made away with my motorbike," Ashiundu said.

Though he reported the case at the Kakamega Police Station, the case is yet to bear any fruits. "The police said I should do my investigations as they conduct theirs. It is a standard police response, and I do not think anything positive will come out of it," he said.

According to the Chairman of Kakamega County boda boda Association Peter Ochango cases of boda boda riders being killed and their motorcycles stolen are on the rise.

"In March, we buried three boda boda operators at Likuyanl (Lugari). Shibale and Matungu (Mumias). They were attacked, lilled, and their motorcycles were stolen. Last week we burled another boda boda operator, who was killed and robbed of his motorcycle in Butere." Ochango said.

He said the cases of motorcycle theft reported to the police are hardly solved.

"Through our initiative, motorcycle theft cases had gone down significantly hut came back in the wake of Covid-19. An agreement was reached between the boda boda chairmen of Bungoma, Vihiga. Busia and Kakamega that no new operator would be allowed unless he proved that he genuinely owned the motorcycle. That helped in reducing motorcycle thefts,"Ochango said.

Outgoing Deputy Police Commander James Ng'etich said the police had put measures in place to deal with the menace.

Ng'etich said special number plates displaying a number allocated to each operator, where he hails from, and area of operation had been issued

"This will help us identify criminals in the boda boda sector and deal with criminal gangs," he said.