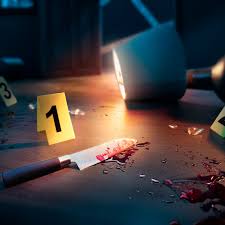 A family from Kirindo, Siaya County is mourning the death of their kin who was killed on Saturday evening. The incident happened at around 7 p.m as two unknown people who were armed armed with sharp machetes attacked the couple. According to Bill Amoth a grandson of the old couple, a gang raided the family as a couple were about to have their supper. He stated that it seems that the criminals had been hiding in the house without the knowledge of the victims since it remains a mystery of how they got into the house unnoticed.

"My grandmother Ann Otako had just brought food from the kitchen to the main house where they were to take dinner at. As she was going to the kitchen to collect more food, the attackers hit her on the head using a machete and she fell. They then moved to the sitting room and started hitting my grandfather on the head. The attackers later run away" Amoth stated Bill said that after his grandmother fell down she stood up, ran and hid under the table. 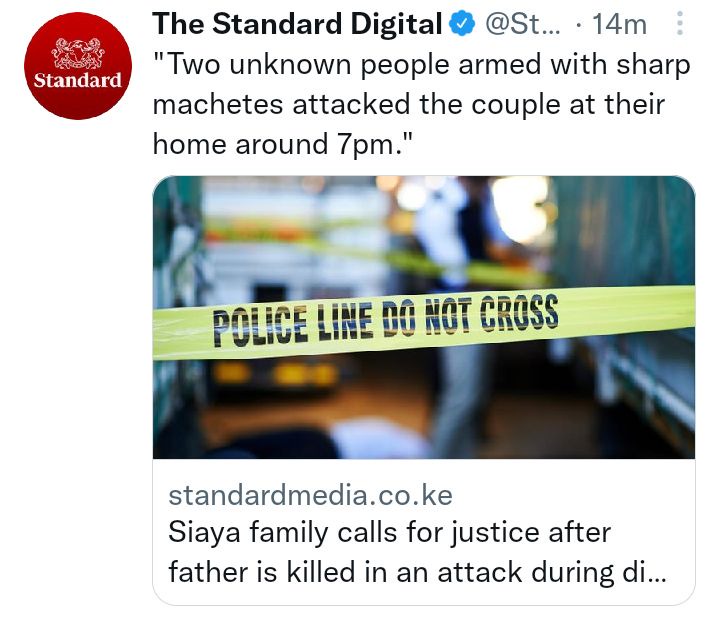 Neighbours who responded to the distress call, took the two to a local hospital in Sega. The 73 year old grandfather to Bill, Maurice Otako, died on arrival at the Siaya County Referral Hospital where he had been reffered for further treatment. His wife is admitted at Sega Hospital. Yesterday the family said that they suspect the attack was staged as a revenge from a group of people they had reported to the police after an earlier attack last year. Part of the gang had been arrested and charged in court. Ugenya OCPD, Bernard Mugocho, said the man sustained several deep cuts on the head. The family calls for justice for their kin. 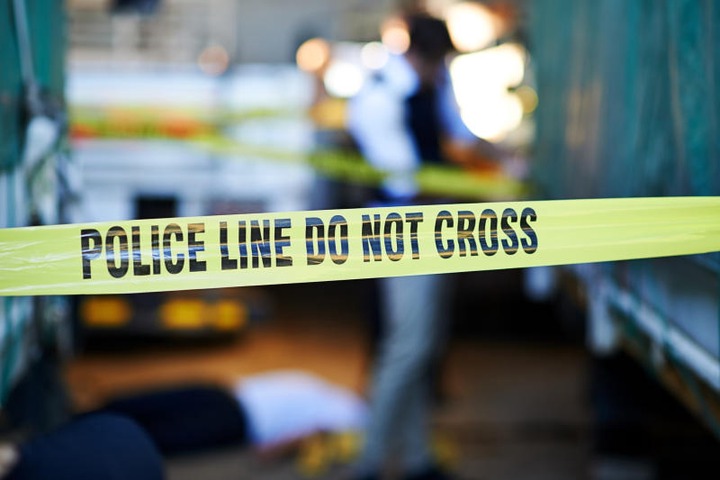