By CrimeBuster (self meida writer) | 29 days

Police officers from Elgeyo Marakwet have arrested a middle aged man who is reported to have killed his wife by cutting both her head and legs off after an argument. 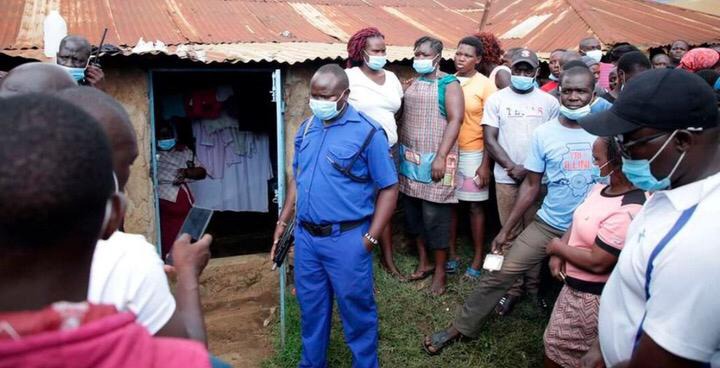 According to the reports given by the witnesses,they revealed the man was heard arguing with his wife moments before he was seen fleeing from the crime scene.

This was followed by a dramatic scene after the mans neighbor decided to go and check on the woman who was found dead lying in a pool of blood.

The body of the deceased was later rushed to the hospital by a group of police officers who were alerted by one of the neighbors as investigations begun immediately after the police launched a man hunt for the suspect.

In what might considered as good news ,police officers who launched the search for the man revealed that they found him in one of his hiding spots and immediately took him to the police station for more investigations and questioning.

This incident has however sparked alot of reactions from Kenyans who seemed to have been confused on why there was an increasingly number of deaths and murder related to relationships and with a section of Kenyans claiming that maybe this was due to the increasing number of mental illnesses among Kenyans, others went ahead and congratulated the police for not letting him go free.

They however went ahead and called upon the prosecution to make sure that they conduct a mental assessment examination on the man in order to find out whether or not he was in his right mind. 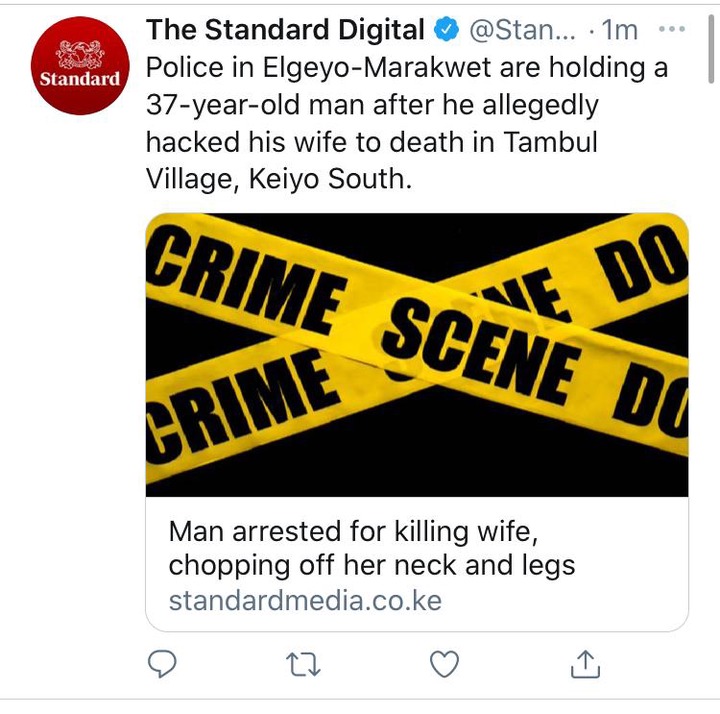